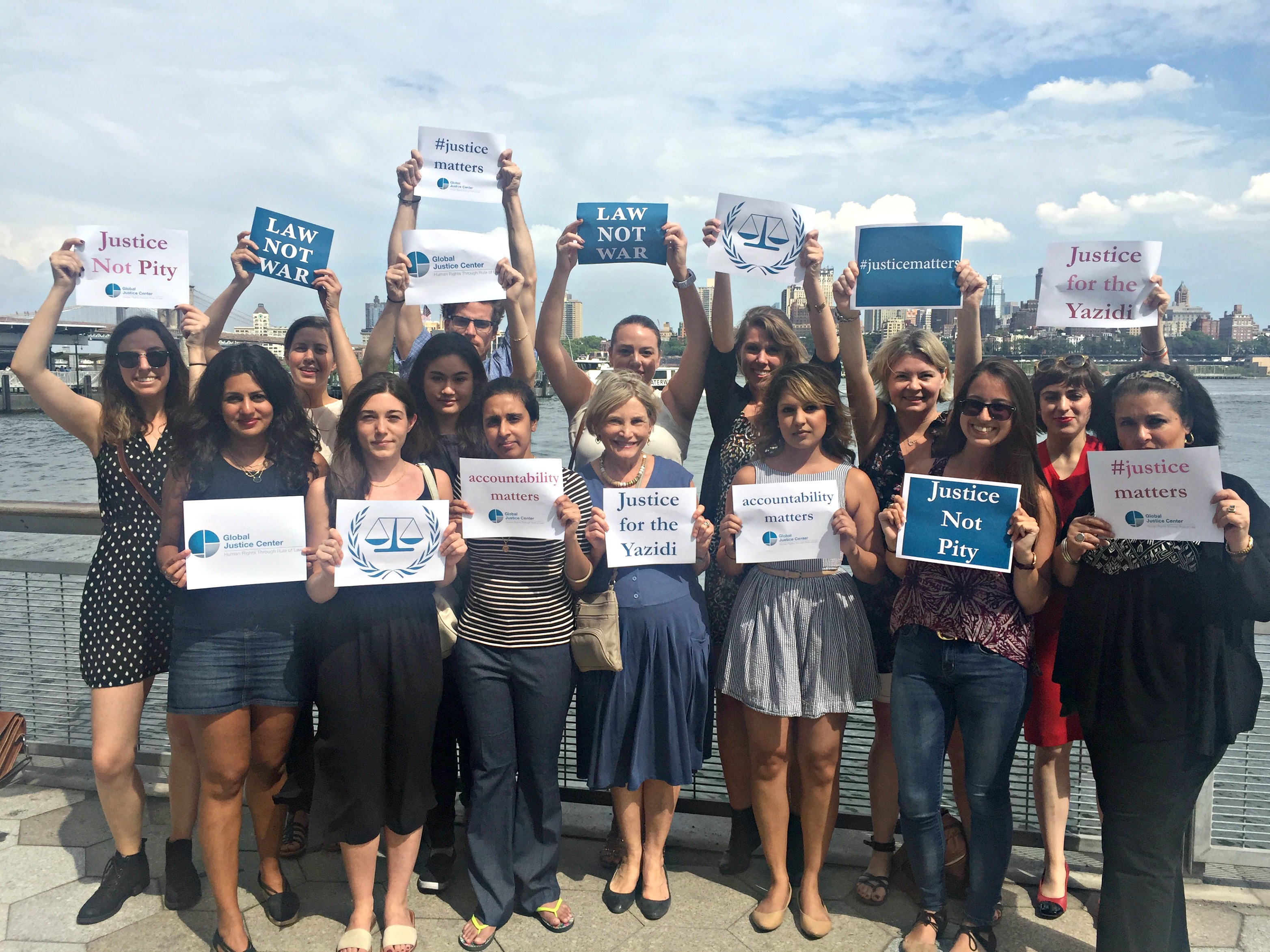 With the rise of non-state terrorist groups, such as Boko Haram and the Islamic State, the strategic face of war has changed. This shift has subsequently altered the experience of civilians in armed conflict. In this changing landscape, women and girls face distinct horrors in comparison to men.

Groups such as ISIS have been perpetuating genocide against minorities in controlled territories, notably against the Yazidis. These violent extremists target women and men differently when committing crimes of genocide. In addition to systematic murder, ISIS subjects women to sexual slavery, forced marriages, rape, forced impregnation, and other gender-specific crimes of genocide. Despite the distinct tactics that are being used to commit genocide, the gender reality of genocide is often overlooked when enforcing the Genocide Convention. Global Justice Center’s Genocide Project fights against the gender-gap in responding to crimes of genocide perpetrated by extremist groups, like ISIS, and seeks to ensure that the laws of war work for, and not against, women.

On the morning of August 3rd, 2014, ISIS forces entered the Sinjar region in Northern Iraq, only months after declaring itself a caliphate in parts of Iraq and Syria. The region has a high population of Yazidi people, an ethno-religious Kurdish minority that has been heavily targeted by the ISIS insurgency. In Sinjar alone, 5,000 men were killed, thousands of women were systematically raped and sold into sexual slavery, and over 150,000 Yazidis were displaced. When ISIS took Sinjar, men and boys over the age of ten were separated from women and children, and most, as evidence of mass graves suggests, were killed. In the process of fleeing, an estimated 50,000 Yazidis were trapped in the Sinjar Mountains, with ISIS forces surrounding them. Although a majority of those trapped were able to eventually escape the mountainous region, the Sinjar Massacre left thousands dead, and thousands more enslaved. Yazidi women “have been systemically captured, killed, separated from their families, forcibly transferred and displaced, sold and gifted (and resold and re-gifted), raped, tortured, held in slavery and sexual slavery, forcibly married and forcibly converted.” These women have been targeted by ISIS solely on the basis of their gender and ethnicity, and such acts make clear ISIS’ genocidal intent to destroy the group in whole.

Despite the air drops of food, water, and supplies, the Yazidis trapped in the mountain siege survived in grim conditions—circumstances intended by ISIS to destroy the group. In addition to air drops, President Obama invoked the need to “prevent a potential act of genocide” as a justification for launching air strikes to rescue those trapped in the Sinjar Mountains. Just this year, Secretary of State John Kerry officially declared that ISIS is committing genocide. It is vital for the United States to recognize the unique aspects of genocide that specifically target gender within the persecution of Yazidis when taking action against ISIS. Although the United States has taken a big step in declaring ISIS’ genocide, the United States must move beyond words. In fact, the United States is required by the Genocide Convention to take action against genocide. Yet, as the two-year anniversary of Sinjar approaches on August 3rd, the United States has still not taken any necessary further steps to combat ISIS’ genocidal crimes.