Michelle Bachelet: A Beacon of Hope for Gender Parity in Conflict Resolution and Human Rights Development 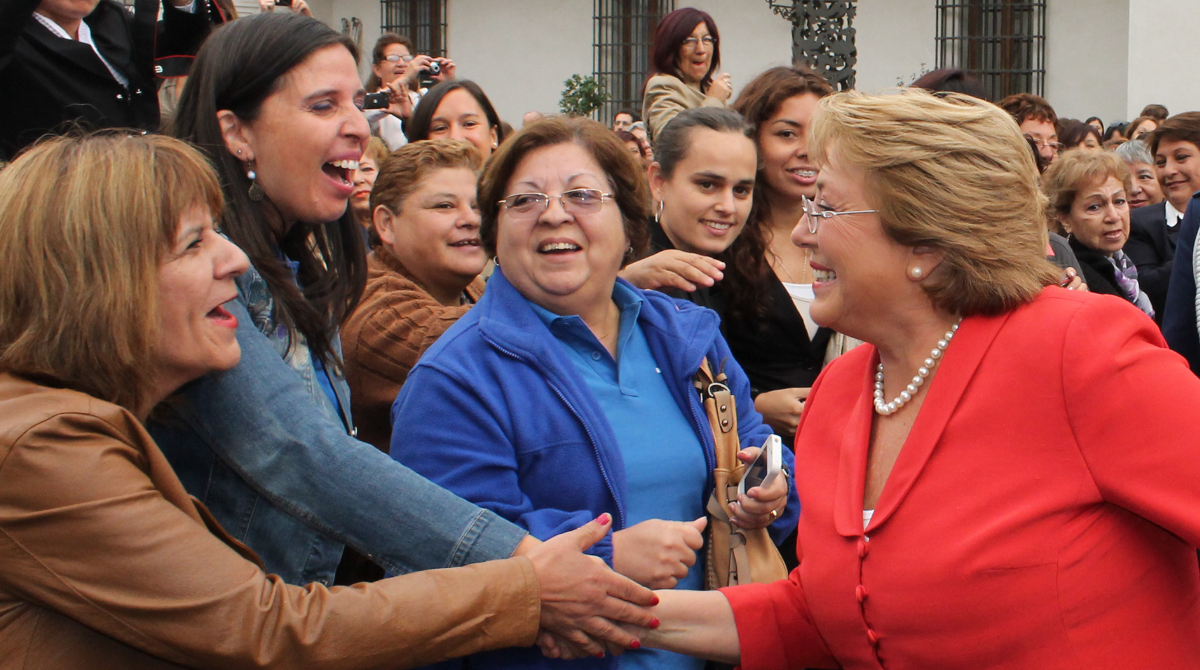 “Wherever there is conflict, women must be part of the solution,” said Michelle Bachelet in 2012 as the head of UN Women. As of this September, she now holds the highest office in the human rights sphere as the UN High Commissioner for Human Rights, working to protect and promote human rights on an international level. The need for women in positions of power, particularly in peacemaking, conflict resolution, and human rights protection, is no less imperative now than it was six years ago in 2012. Michelle Bachelet, former president of Chile, human rights advocate, torture survivor, and supporter of gender equality, is a testament to the positive impact that women have when given the opportunity to have a seat at the table.

Throughout her tenure as president of Chile, she continuously advocated for marginalized communities. During her first presidential term, she promulgated legislation that resulted in the creation of the National Institute for Human Rights in Chile, a decision that was ahead of its time in Latin America in 2009. In 2010, she inaugurated a Memory Museum in order to commemorate the victims of Augusto Pinochet’s murderous regime. These decisions highlight Bachelet’s commitment to recognizing historical tragedies without erasing them, and using history as a lesson and opportunity to memorialize the victims of atrocity.          When women like Michelle Bachelet hold positions of power, they are able to advocate for marginalized communities and give a voice to those that have been systematically silenced.

There have been multiple reports on the positive impact that women have in fostering and developing human rights across the globe. Incorporating a gendered lens is not about enacting exclusively gendered policies. Rather, it is a strategy that allows for greater participatory policymaking, expedites peace processes, and amplifies the voices of women and other marginalized groups. During her presidency, Michelle Bachelet signed and enacted a plan that provided at-risk youth with comprehensive social services from ages zero to six as a way to stand by lower income communities and help their internal development. Additionally, she strengthened the social welfare system to increase upward class mobility and economic security for low income Chileans. To increase literacy rates among low-income communities, she established a program that granted free textbooks, books, and encyclopedias to 400,000 families living in poverty.

During her second presidential term, Bachelet prioritized the rights of women and the LGBTQ+ community. In a display of support for women’s rights, her center-left Senate coalition passed a bill to lift the total abortion ban that had been in place since 1989, under which abortion was illegal without exception. She advocated for LGBTQ+ Chileans by signing the Marriage Equality Bill (MOVILH) which legally changed the meaning of marriage under Chilean law from “the union between a man and a woman” to “the union between two people”. These are further examples that demonstrate the positive results that women are capable of producing. Equal participation of women in the international community begins by promoting environments which enable women to participate in development.

Michelle Bachelet’s impressive leadership record begs the question: in conflict resolution, peacemaking strategies, and human rights development, why aren’t more women part of the conversation? Bachelet has helped chip away at the glass ceiling in the field of international politics and human rights advocacy, but despite the many improvements that she and many others can attest to, representation of women in positions of power remains devastatingly low in private and public sectors alike. As incidences of sexual and gender-based violence increase, women must be present at the policy-making table in order to incorporate balanced gender perspectives in transitional justice and human rights development.

High-level decision making positions in peacemaking, human rights development, and conflict resolution are held by men at an overwhelming rate. According to a report by UN Women, only 22.8% of all national parliamentarians as of 2016 were women. The UN Development Programme has estimated an inverse relationship between gender inequality and human development—when a nation’s gender inequality increases by 1%, its human development decreases by 0.75%. We must ensure that monetary resources are being properly allocated in order to increase participation rates of women in these positions. Furthermore, the entire international community must take concerted action in order to make sure that the case of Michelle Bachelet becomes the norm rather than the exception.