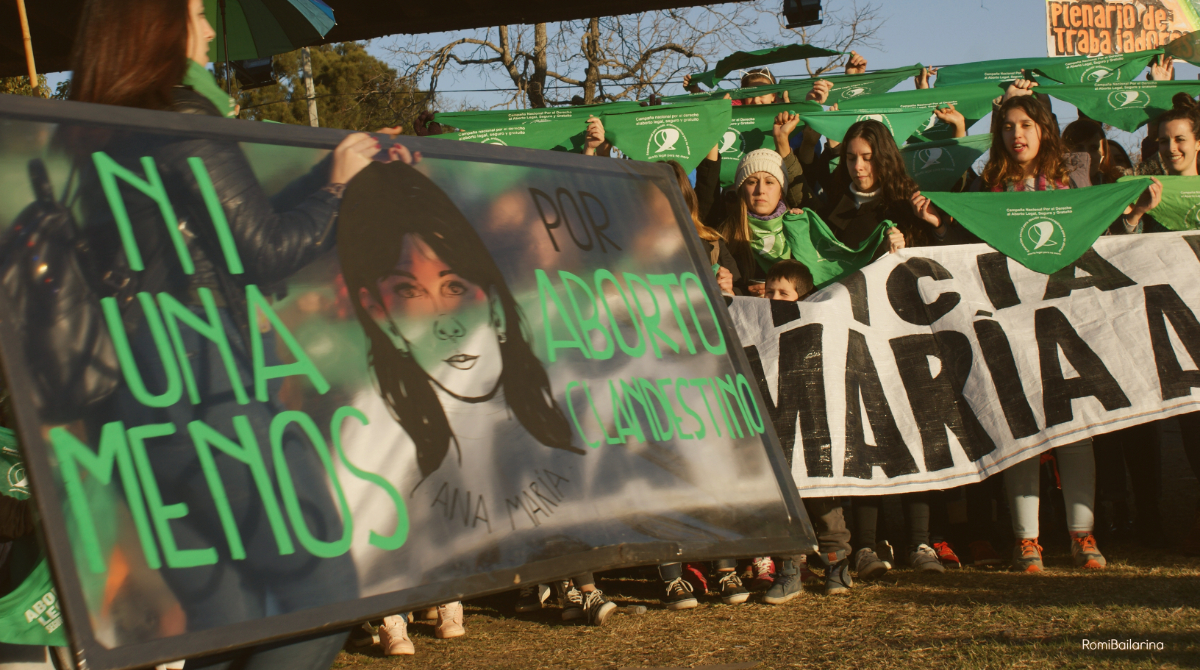 In 1990, women in Argentina declared September 28th to be the Day for Legal Abortion in Latin America and the Caribbean. 28 years later, we now recognize it as International Safe Abortion Day, a day where women and men all over the world take to the streets to demand access to legal and safe abortions. This day is commemorated only two days after World Contraception Day on September 26th, a day intended to improve awareness of contraception and increase sexual education among young people. Coincidentally or not, this week in September crystallizes the intersectional nature of sexual and reproductive health and rights.  In regions like Latin America and the Caribbean where women are often left behind on legislation, days like International Safe Abortion Day and World Contraception Day serve as a crucial call for governments to recognize the importance of expanding access to sexual and reproductive health and rights in tandem.

In recent years, the staggering lack of access to abortion services in the region has resulted in a greater push for the decriminalization of abortion as well as the expansion of abortion services. Six countries in the region still do not allow abortions to be performed under any circumstance. The draconian laws that govern abortion in the region have not only stigmatized discourse about abortion and sexual and reproductive health--they have also created a greater push for legalized abortion. The Guttmacher Institute estimates that, as of 2017, more than 24 million women in Latin America and the Caribbean have an unmet need for modern contraception. This means that women in the region who are having sex are either doing so without any contraception, or are using traditional methods such as the “pull out” method, which are much less effective at preventing unintended pregnancies. This, naturally, leads to a high number of unintended pregnancies. The sheer lack of access to contraception or other sexual and reproductive health services has resulted in the highest numbers of unintended pregnancies in the world, about 14 million each year. This creates a great demand for abortion services, but many countries in the region still do not allow women to make decisions regarding their bodies without legal roadblocks, stigma, or discrimination.

Access to sexual and reproductive health services are in high demand in Latin America. Likewise, access to free, safe, and legal abortions are a necessity to ensure that women are able to make decisions that govern their own bodily autonomy. Countries like Colombia and Chile have made significant progress when it comes to their abortion restrictions-- both countries have decriminalized abortion in the past decade. However, the Catholic Church’s tight grip on Latin American legislation has established a harmful status quo that has stifled much of the potential for progress in the region.

This year, Ireland set an important precedent as a nation with a Catholic majority that voted to decriminalize abortion. Many advocates, hopeful that this would translate to changes in Latin American legislation, were disappointed by the Argentinian senate’s rejection of a bill to legalize abortion this August. Globally, this region has one of the highest shares of governments (82%) who perceive unsafe abortions to be a major concern. It is estimated that, in 2014 alone, at least 10% of maternal deaths in the region were from unsafe abortions. However, currently, only one country in the region, Uruguay, has comprehensive abortion laws that allow women to obtain abortions with minimal restrictions. There is a glaring contradiction between what governments perceive to be an issue and the actions that these same governments are taking in order to save and protect women. The lack of access to sexual and reproductive health services in conjunction with legislation that limits reproductive rights puts women, children, and sexually active youth at risk.

In regions like Latin America where unwed teenagers are excluded from receiving sexual health services and information regarding reproductive health, the need for comprehensive abortion laws cannot be ignored.  Additionally, by accepting abortion as a normal healthcare procedure that nearly a quarter of all women worldwide will go through, we can break down stigma around abortion and thus move one step closer to gender equality. Similarly, policies that provide access to abortion and programs that raise awareness of family planning and contraception methods must go hand in hand in order to prevent unintended pregnancies while at the same time providing safe and legal avenues through which women can go if they so decide. When women can access free or low-cost legal abortions, they will no longer have to resort to clandestine abortion methods that are often times dangerous, if not life-threatening. This September, the reproductive rights of women and girls took center stage in Latin America and the Caribbean. Now, governments in the region must respond to this push by addressing a long-overdue demand for sexual and reproductive health and rights. For years, Latin American women have voiced their needs. It’s time to listen.

Photo: Romi Pecorari / Own Work / CC BY-SA 4.0 (Translation: "Not one [woman] less due to clandestine abortions")