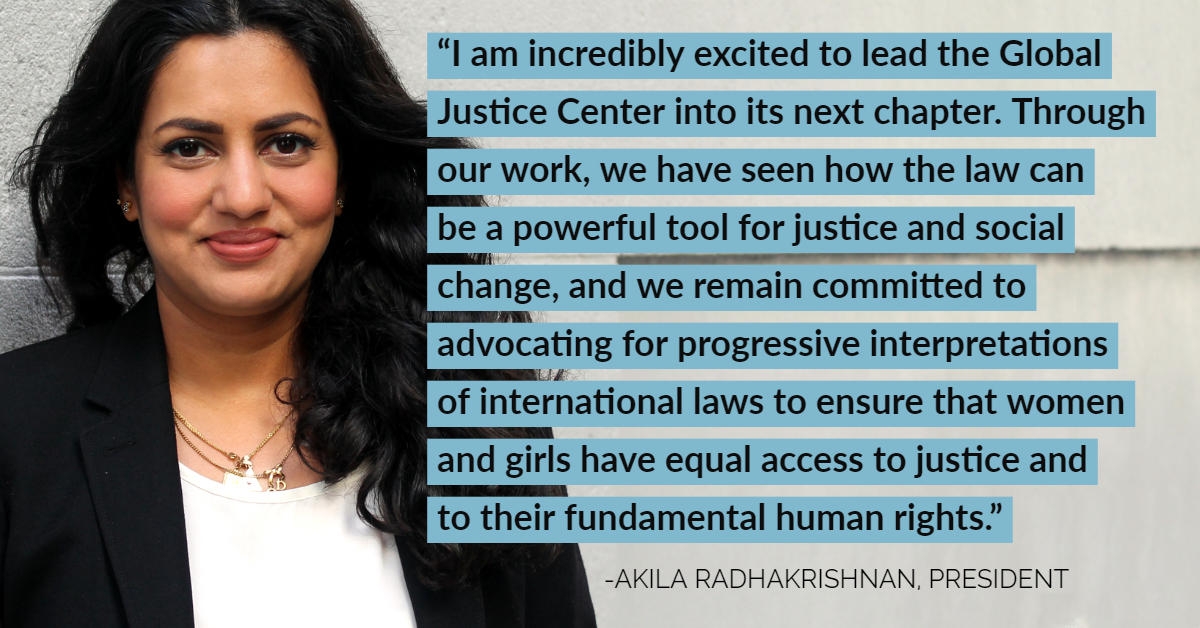 Ms. Magazine's blog published a feature on Akila Radhakrishnan's appointment as the President of the Global Justice Center.