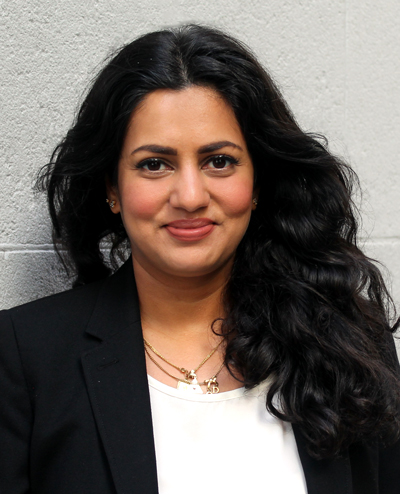 Akila Radhakrishnan is the President of the Global Justice Center, where she leads its work to achieve gender equality and human rights. In her time at GJC, Akila has led the development of groundbreaking legal work on both abortion access in conflict and the role that gender plays in genocide.

Akila is a globally-recognized voice on issues of reproductive rights, gender-based violence, and justice and accountability. Her unique expertise as a feminist international lawyer is sought by policymakers, academics, media, and grassroots actors around the world. She has briefed the United Nations Security Council and the United Kingdom and European Parliaments, and regularly advises governments and multilateral institutions on issues of gender equality and human rights. Akila’s expert analysis can also be seen across popular media, including in The New York Times, The Washington Post, BBC, The Atlantic, Foreign Policy, CNN, and more.

Prior to the Global Justice Center, she worked at the International Criminal Tribunal for the Former Yugoslavia, DPK Consulting, and Drinker, Biddle & Reath, LLP. Akila received her J.D. with a concentration in international law from the University of California, Hastings and holds a B.A. in Political Science and Art History from the University of California, Davis. She is a term member of the Council on Foreign Relations, serves on the Board of Directors of Reprieve US,  is a member of the Oxford Group of Practitioners on Fact-Finding and Accountability, and an expert on the International Bar Association Human Rights Law Committee. 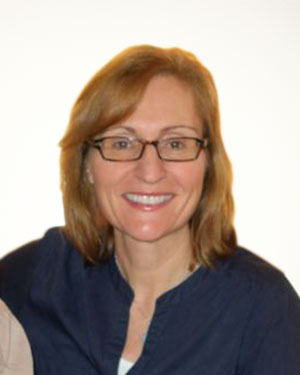 Michelle Onello is an attorney serving as a consultant to the Global Justice Center on international human rights issues. She is a graduate of Harvard Law School and The Johns Hopkins University, including its SAIS Bologna Center. Following law school, she was a Luce Scholar working for the Phuket Provincial Governor in Thailand. Michelle was an Associate in the New York office of Cleary, Gottlieb, Steen & Hamilton, where she focused on international financial transactions. Michelle left everyday law practice to become a full-time caretaker for her four children.

Recent Publications
Ms. Magazine | Limiting Scientific Research is Another Front in the War on Abortion
The Hill | The Trump administration's war on abortion rights is worse than you think
Mizzima News | Gender Inequality and Sexual Violence in Myanmar: Part of the Problem is Preventing a Cure 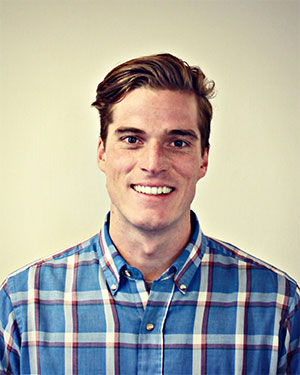 Grant Shubin is the Legal Director of the Global Justice Center, leading all of GJC’s legal projects with research, writing, editing, and coordination. He has contributed to GJC’s shadow report submissions to human rights treaty bodies, as well as legal briefings to the Human Rights Council, the UN Secretary General, the Special Rapporteur on Sexual Violence in Conflict, the International Criminal Court, the European Commission and European Parliament, and various national level policymakers. He has published and spoken on international legal issues ranging from the human rights implications of identity politics and the law governing peace agreements. Grant graduated from University of California Hastings College of the Law in May 2013. Prior to his time at GJC, Grant was both an associate attorney at a small litigation firm in San Francisco and a staff attorney at a legal services organization offering pro bono representation for low income members of San Francisco's most marginalized communities. 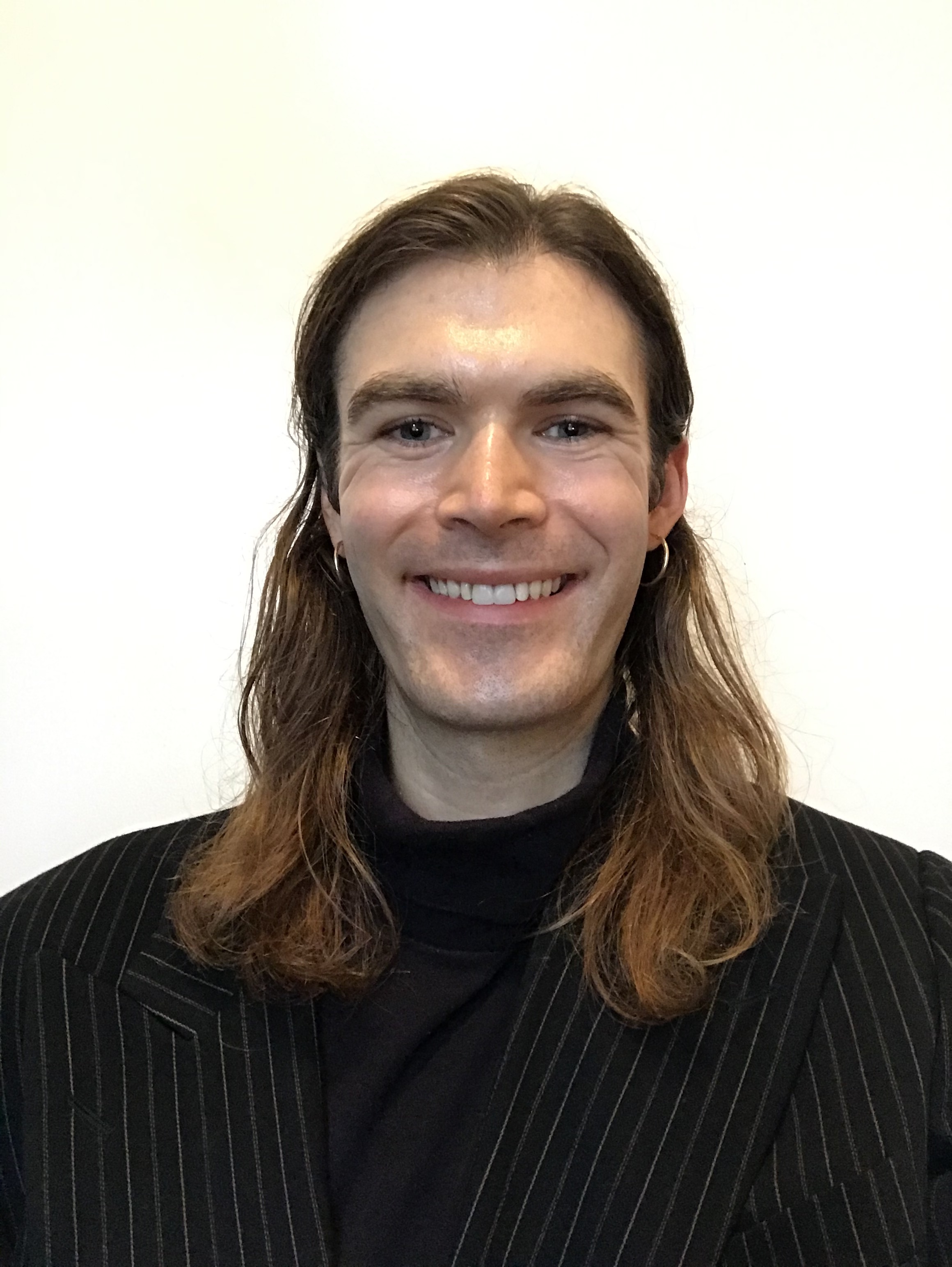 Sean Clifton is the Finance and Operations Manager of the Global Justice Center. He oversees GJC’s budgeting, forecasting, financial reporting, accounting procedures, and administrative policies. Prior to joining GJC, Sean was Finance Manager of the Institute for Governance and Sustainable Development in Washington, DC. He holds a B.S. in Finance from Bradley University. 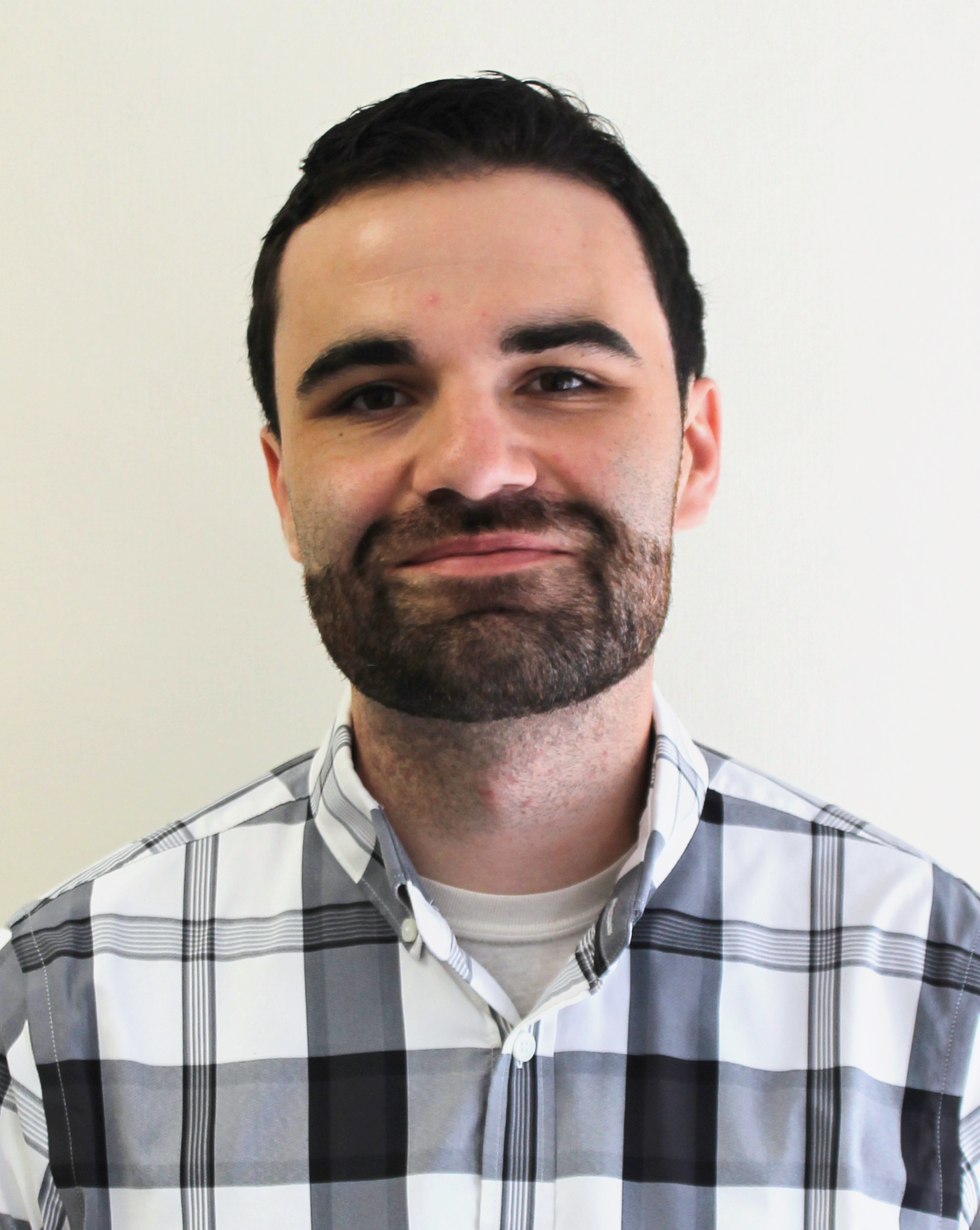 Thomas Dresslar is the Communications Manager at the Global Justice Center, overseeing all of GJC's publications and digital outreach. Prior to joining GJC, Thomas worked in communications at the American Civil Liberties Union, where he focused on primarily on media relations. He also interned at the Center for American Progress and the California State Senate. Thomas holds a B.S. in multimedia journalism from Northwest Missouri State University, where he edited the student newspaper's Opinion section. 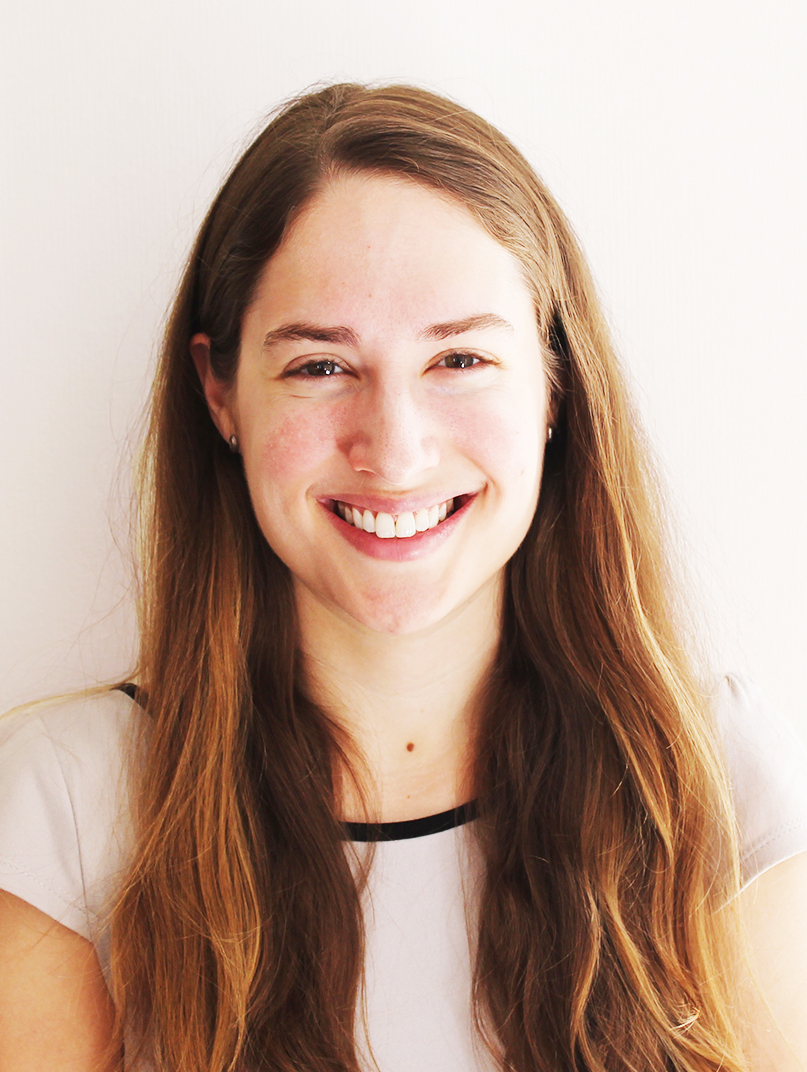 Elena Sarver is a  Legal Advisor at the Global Justice Center, where she supports the legal program through research, writing, and advocacy. She holds a J.D. from Benjamin N. Cardozo School of Law. While in law school, Elena participated in two year-long clinics, the Innocence Project as well as the Human Rights and Atrocity Prevention Clinic, where she researched sexual and gender-based violence crimes for regional human rights litigation. She also interned at the National Institute for Reproductive Health. Elena received her B.A. in Political Science from Macalester College and studied abroad in Egypt at the American University in Cairo. 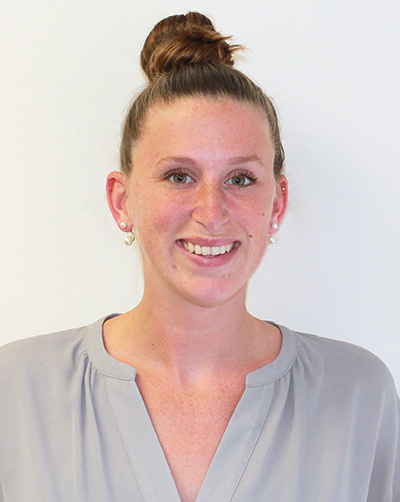 Danielle Hites is a Legal Advisor at the Global Justice Center, where she supports the legal program through research, writing, and advocacy. Prior to joining GJC, Danielle was a Consultant at the Alliance for Rule of Law Promotion and Alternative Dispute Resolution (ARPA). At ARPA, she conducted legal research and drafted policy reports on women’s access to justice in the Middle East and North Africa, the intersection of arbitrary or excessive pre-trial detention and torture, and the disparity between domestic legislation and international standards on gender-based violence. She has also previously worked with the International Justice Resource Center, Lawyers for Human Rights, and the Coalition for the International Criminal Court. Danielle received her J.D. with a concentration in international law from Boston University and holds a B.A. in Psychology from Suffolk University. 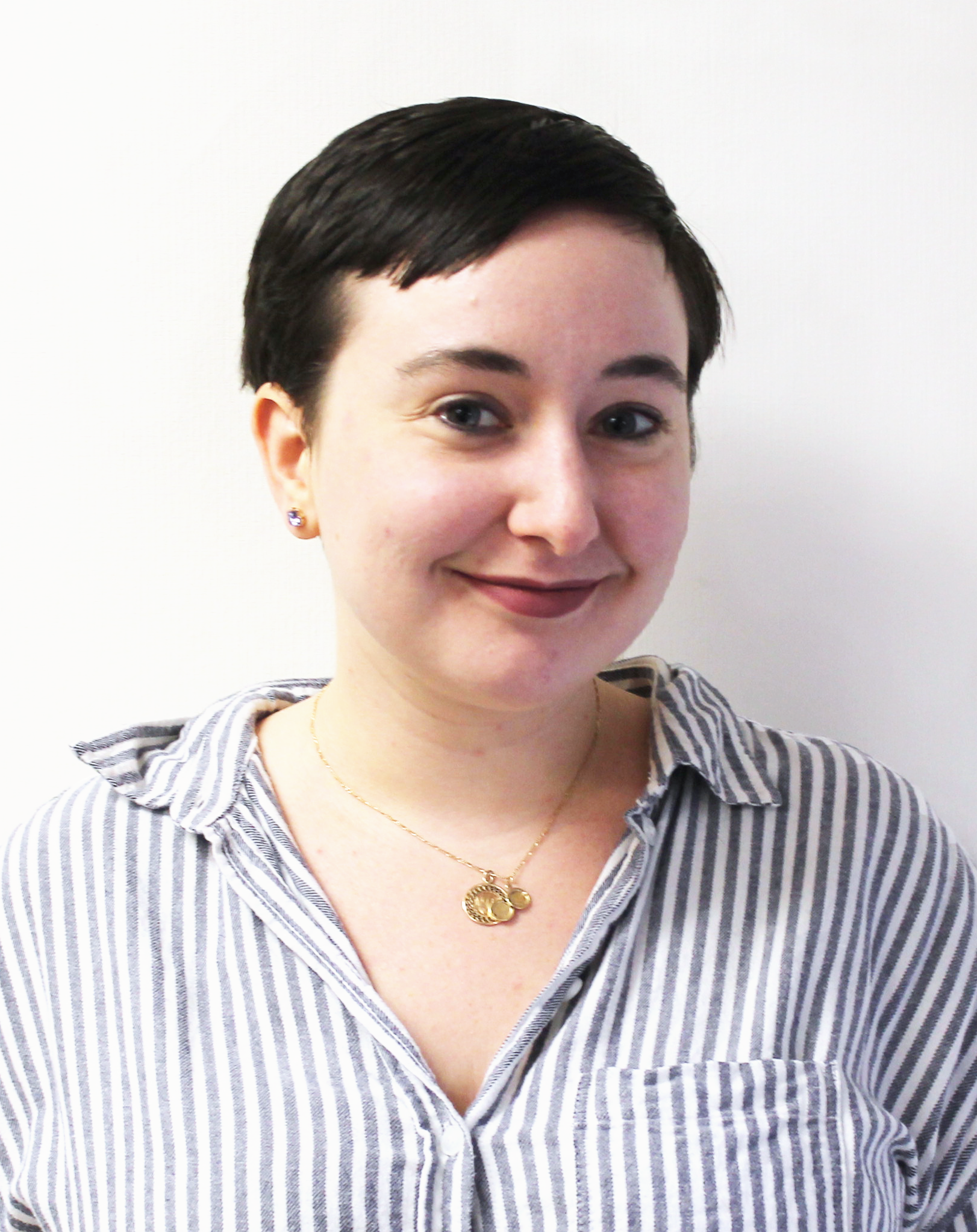 Merrite Johnson is the Program Coordinator at the Global Justice Center. She holds a Master’s degree in Comparative Politics from New York University, where her thesis work examined how women have increased their political participation in post-conflict countries in sub-Saharan Africa. Merrite received her B.A. in Politics from NYU and studied abroad in Madrid, Spain. Prior to joining GJC, she worked in client relations at a business management firm.

Recent Publications
Ms. Magazine | Mike Pompeo Is Wrong: There *Is* an International Right to Abortion
Ms. Magazine | In Which Trump Reminded the Global Community How Hateful He Really Is 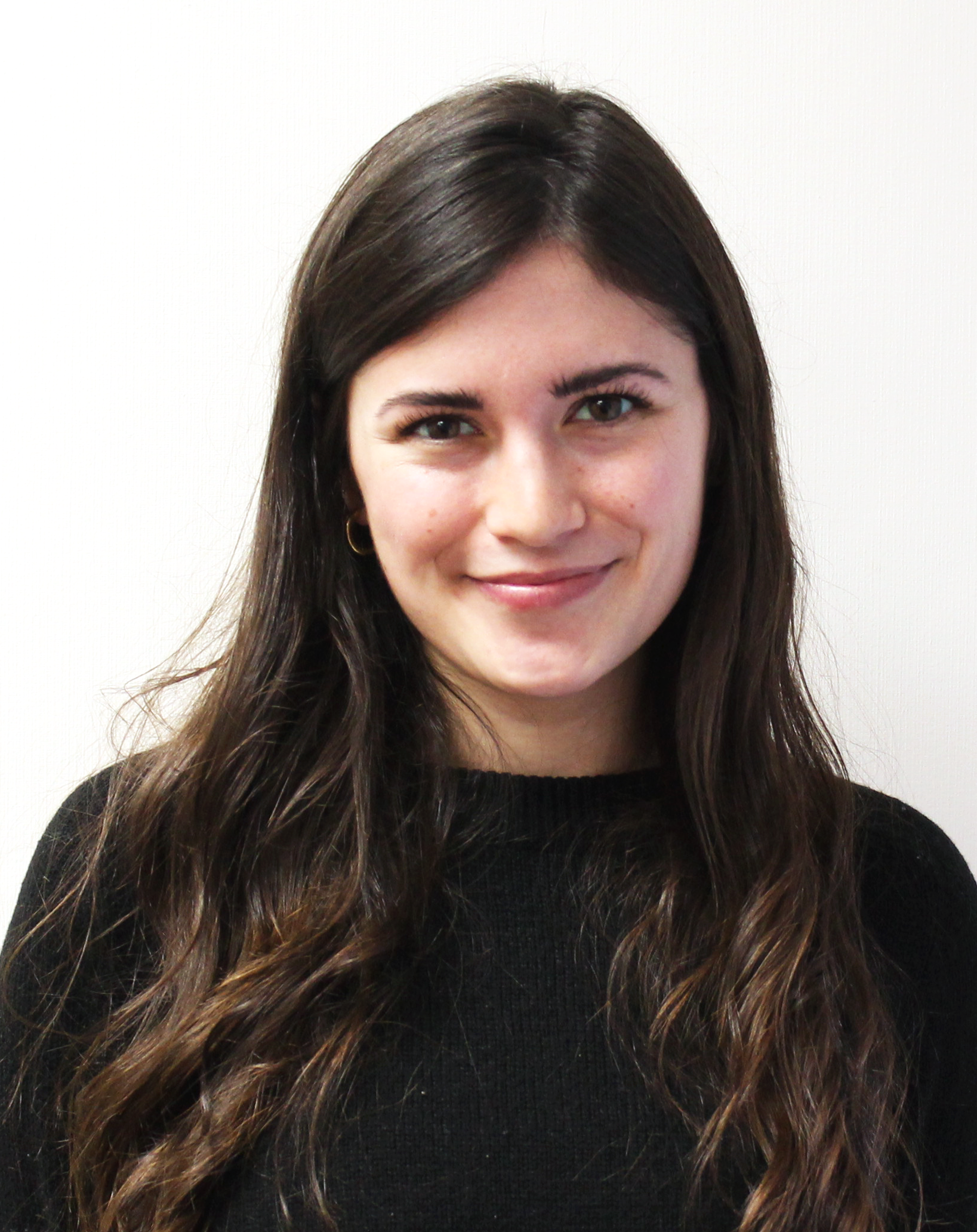 Sophia Fiore is the Development Coordinator at the Global Justice Center. Prior to joining the Global Justice Center, Sophia worked as a community organizer and education intern for Planned Parenthood in Minnesota, where she led a group of volunteers working on the 2014 state elections. She also interned at Project for Pride in Living, where she assisted in developing literacy programs for youth living in supportive housing. Sophia holds a Bachelor’s Degree in women's studies and international development from St. Catherine University.