Why the US Needs CEDAW: Abortion as a Human Right in the United States 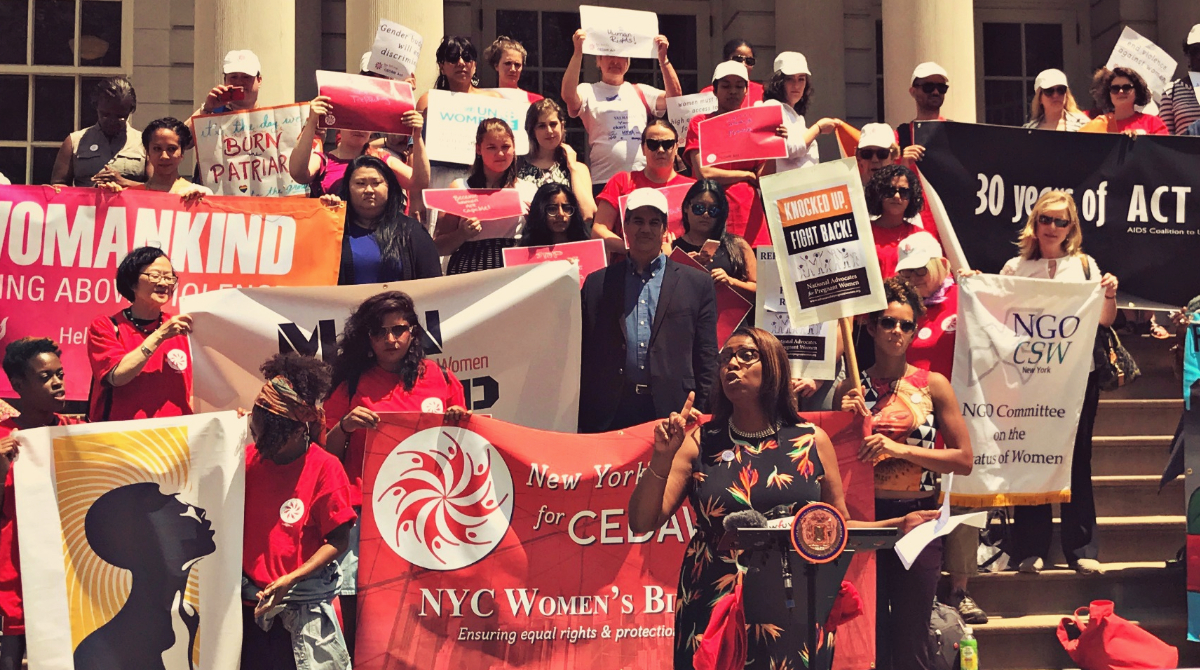 This year marks the 42nd anniversary of the Hyde Amendment, a legislative provision barring the use of federal funds to pay for abortion except in extreme circumstances. The Hyde Amendment has been a key way in which conservative lawmakers have been able to systematically deny a large portion of women their constitutional right to an abortion. Even though the right to abortion is the law of the land, U.S. constitutional law does not affirmatively guarantee that every person must be able to access an abortion. A case in point being that the Supreme Court has ruled twice that the Hyde Amendment is constitutional, even though its effects have been detrimental to American women.

A human rights framework, on the other hand, requires that government respect, protect, and fulfill the right to an abortion. The Convention on the Elimination of All Forms of Discrimination Against Women (CEDAW) is the international treaty on women’s rights that has been ratified by nearly all the United Nations member states except for the U.S. In contrast to the U.S. Constitution, CEDAW imposes an equality standard that requires all laws that disparately impact women be scrutinized to secure de jure and de facto equality for women. The CEDAW Committee, the monitoring body for the treaty, has repeatedly made clear that it considers restrictive abortion laws incompatible with the human rights of women. Therefore, the Hyde Amendment would violate a human rights framework, which would require that the state ensure that every woman, regardless of her income or race, could access the same rights. As the founder of the Global Justice Center, Janet Benshoof, has argued, ratification and full implementation of CEDAW in the U.S. would radically change the basic equality rights of American women, including the right to an abortion.

Since the U.S. has refused to ratify CEDAW at the federal level, several U.S. cities, counties, and states have adopted the principles of CEDAW into local law.  The Cities for CEDAW (C4C) campaign is a grassroots effort that empowers local communities to initiate CEDAW within their municipalities. To date, seventy-one cities and counties have adopted or are exploring adopting CEDAW ordinances and resolutions.

The C4C movement has been instrumental in bringing awareness of human rights to the local level and therefore, can play a crucial role in challenging the Hyde Amendment. By embracing the tools that the international CEDAW Committee provides regarding abortion, the C4C campaign can incite a paradigm shift by reframing abortion as a human right that is inherently linked to women’s rights outlined in the UN CEDAW treaty. For instance, the right to abortion is the application of a number of fundamental human rights such as: the right to life; freedom from cruel, inhuman, and degrading treatment; liberty and security of the person; privacy; human dignity; health; and equality and non-discrimination. Therefore, the C4C campaign can be a leader in advocating against the Hyde Amendment as a human rights violation. By explicitly including abortion access as a priority in passing local CEDAW legislation, CEDAW cities can play a critical role in requiring their local governments recognize that safe abortion care is imperative to achieving gender equality in their communities.

New York is one of only seventeen states that does not follow the Hyde Amendment restrictions on abortion funding, yet women in the state still struggle to pay for the procedure. To combat this disparity, a group of reproductive justice organizations in New York City have launched #NYCWontHyde, a campaign to call upon the city council to commit direct funds for abortion care for all New Yorkers. This first-of-its-kind initiative adopts a human rights framework by requiring the local government affirmatively guarantee that all women in the city could access their right to an abortion. #NYCWontHyde could lead the way for other cities, especially CEDAW cities, to put abortion access at the forefront of advocacy for women’s rights. The U.S. is almost 80% urban by population and therefore local campaigns like C4C and #NYCWontHyde could have a ripple effect throughout the country in the quest to improve abortion access and challenge laws like the Hyde Amendment that violate women’s fundamental human rights.

Jessica Pierson holds an M.A. in Human Rights Studies from Columbia University’s Institute for the Study of Human Rights. Her graduate thesis research explored abortion as a human right in the United States and the role of CEDAW cities in challenging the Hyde Amendment.