16 Days of Activism: The Fight Against Gender-Based Violence Continues 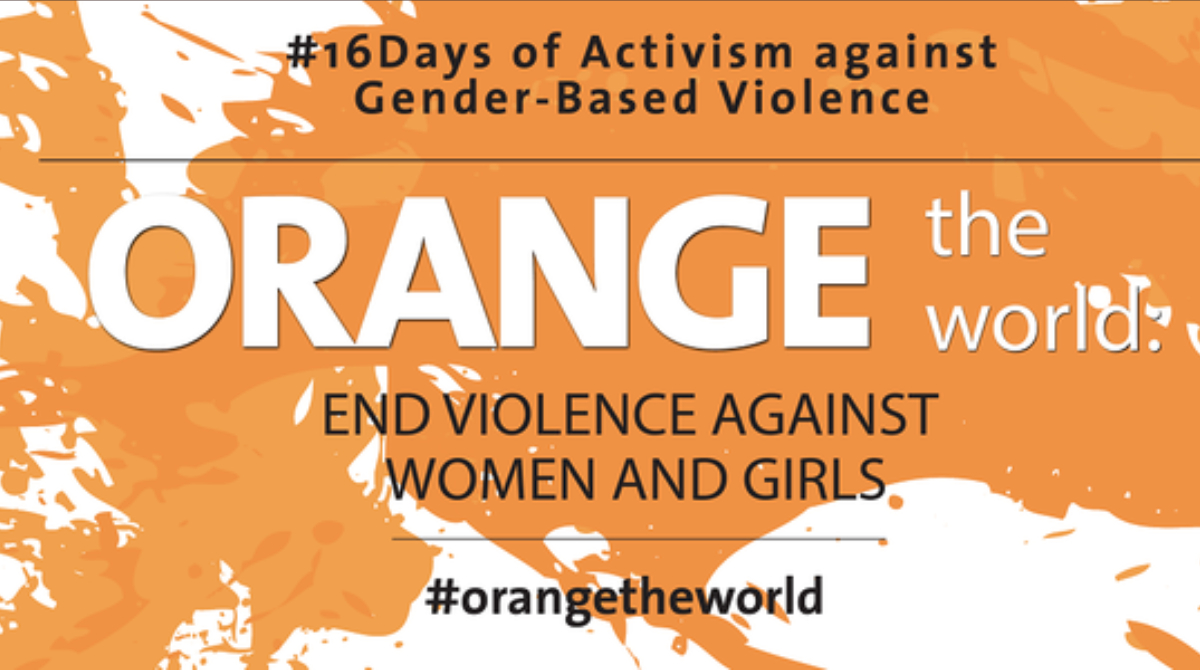 Every year starting on November 25th, the 16 Days of Activism Against Gender-Based Violence Campaign begins. Since 1991, the fight against gender-based violence has been immortalized from November 25th until December 10th in hopes of galvanizing action to end violence against women and girls worldwide. This year’s #HearMeToo theme is a continuation of this year’s legacy of powerful social media-based movements such as #MeToo, #TimesUp, #NiUnaMenos, #BalanceTonPorc, and #NotOneMore. With the ongoing Rohingya genocide a clear example of the urgent need for frameworks that hold perpetrators of sexual violence in conflict accountable, a call to action on gender-based violence, challenging the impunity that allows it to reoccur and escalate, is more important than ever. Under this theme, the UNiTE Campaign to end violence against women seeks to bring activists, policy makers, and the public to the table in order to foster opportunities for dialogue.

November 25th kicks off the campaign with the International Day for the Elimination of Violence against Women and culminates with International Human Rights Day, which sends a powerful message: universal enjoyment of human rights cannot possibly be accomplished until women and girls live in a world free of fear and violence. Raising awareness and encouraging action on gender-based violence worldwide is an important step in the fight towards gender equality. Until women and girls can exist safely without fear of violence, we must continue to discuss the need for policies for preventing and ending assaults on women based on their gender. The days highlighted in the campaign were a deliberate effort to highlight the link between violence against women and girls and human rights violations.  Besides recognizing November 25th as the International Day for the Elimination of Violence against Women, the campaign also includes other significant dates such as:

Victims of gender-based violence bear an unjust burden of stigmatization and ostracization that only contributes to the impunity with which the violence is carried out. It compounds the pain suffered by victims, as they know that the perpetrators of the crimes will never be brought to justice. By giving survivors a platform to bring their own experiences to light, we also work towards lessening the weight of the stigma and normalizing conversations around gender-based violence to ensure justice for its victims.

The relationship between gender-based violence and human rights violations is undeniable. Women and girls across the globe have a right to feel safe from physical, sexual, and psychological harm. The international community has a duty to protect women and girls from violence and dismantle the systems that allow it in the first place. This year’s 16 Days of Activism Campaign is a reminder of how the international community failed Rohingya women and girls in 2017 and continues to ignore the realities that many of them still face due to the long-lasting consequences of gender-based violence. Moving forward, civil society and policymakers must continue to engage in dialogue with survivors of gender-based violence and work to end the stigma and impunity of these crimes. The elimination of all forms of violence against women and girls is not a simple feat, but it starts with cultural shifts towards equality-- a human right that must be afforded to all.