Nadia Murad, Dr. Denis Mukwege, and the Promise of Justice 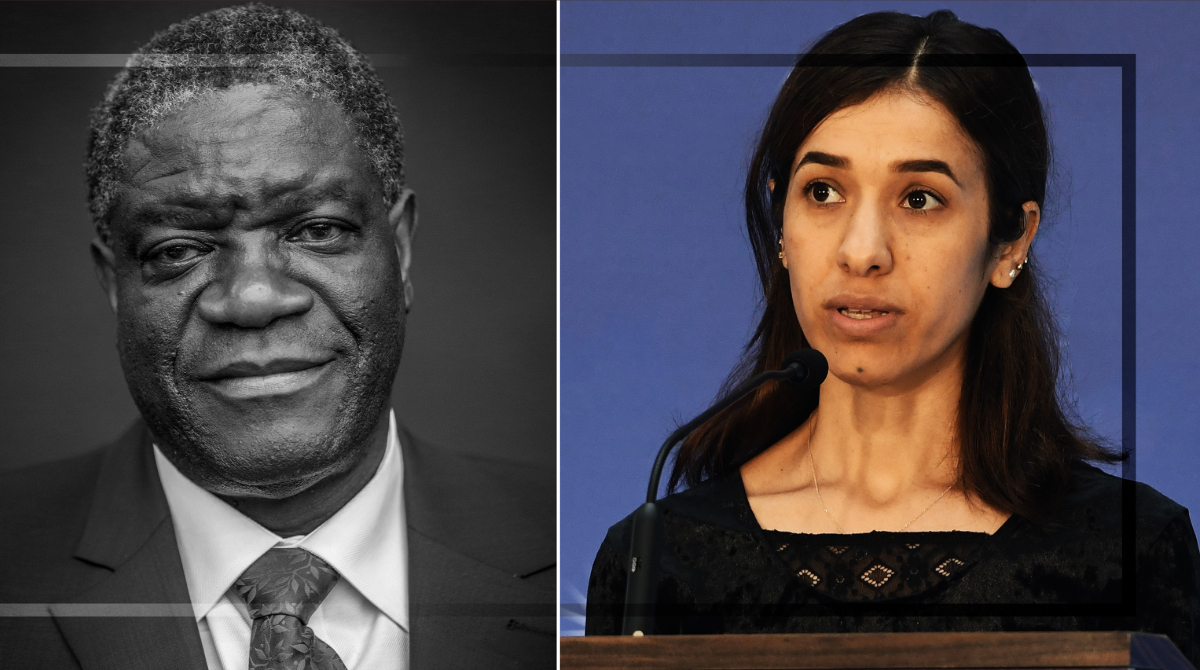 Nadia Murad became an advocate for the Yazidis after she escaped enslavement by Daesh fighters in 2014. She is a part of the Yazidi ethno-religious minority targeted by Daesh during the genocide. That year, she was one of more than 6,700 Yazidi women taken prisoner by Daesh in Iraq. She is the founder of Nadia's Initiative, an organization dedicated to "helping women and children victimized by genocide, mass atrocities, and human trafficking to heal and rebuild their lives and communities." Ms. Murad’s tireless advocacy to ensure that sexual violence is eradicated from conflict situations and that rape can no longer be used as a weapon of war is a promise to all survivors that they are no longer invisible in the eyes of the international community. For far too long, rape and sexual violence were not regarded as weapons of war. Today, activists like Ms. Murad are working to ensure that victims of sexual and gender based violence receive proper forms of justice and reparations.

Dr. Denis Mukwege is a Congolese gynecologist who has operated on thousands of women and girls who are victims of wartime rape and sexual abuse. Most of these abuses occurred in the context of the long-lasting civil war in the Democratic Republic of Congo that has resulted in millions of casualties and widespread sexual violence. A report by the American Journal of Public Health estimates that every year, around 400,000 women are raped in the Democratic Republic of Congo. Dr. Mukwege has spent most of his career helping victims in conflict zones by providing reconstructive surgeries to women with genital damaging. He has been a vocal critic of the way the international community has responded to instances of sexual violence-- in 2012, he gave a speech at the United Nations where he condemned the mass rape occurring in the Democratic Republic of Congo. His fight against wartime rape and sexual violence is a reminder that all national and international authorities as well as men and women alike have a shared responsibility to tackle this problem and ensure that victims have a proper recourse to justice.

The fearless activism we see from Ms. Murad and Dr. Mukwege is more necessary than ever. Armed conflict and mass atrocity crimes intend to bring about destruction, unrest, and fear. Victims of sexual violence in these contexts must be protected and given reparations for the crimes committed. Importantly, as the international community continues to engage in discourse around this topic, the issue of accountability must remain central. When crimes are being perpetrated with impunity, it emboldens future perpetrators and normalizes these violations. Until perpetrators of these crimes are brought to justice and held accountable for their heinous transgressions, their victims will not see proper justice.