Beijing+25: Push Back Against the Pushback on Women’s Rights 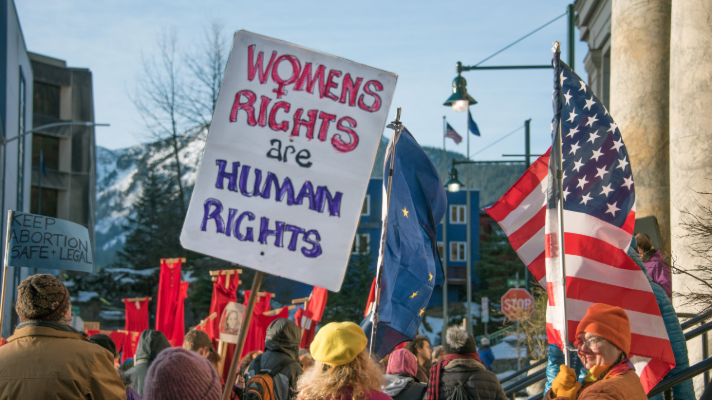 Next year, the international community will mark the 25th anniversary of the Fourth World Conference on Women. Back in 1995, the adoption of the Beijing Declaration and Platform of Action was celebrated as a promising commitment to gender equality, development, and peace. As Hillary Clinton declared that “human rights are women's rights and women's rights are human rights, once and for all,” the world witnessed a turning point for the global agenda on the advancement of women. A quarter of a century later, the fight to empower all women and girls and achieve gender parity is far from over. In the midst of growing backlash against women’s equality, shaping the Beijing+25 agenda must be a priority.

Leading up to the Beijing+25 conferences in 2020—which will be hosted in Mexico City and Paris—we must focus on the key issues surrounding women’s rights. Access to sexual and reproductive health rights around the world must be at forefront of the conversation,  in addition to fighting the persistence of gender discrimination, sexual violence, and oppression. Next year’s agenda cannot ignore the Global Gag Rule, abortion services for women and girls raped in war, and women’s right to be free from gender-based violence and degrading treatment. None of this can be done without implementing a feminist approach to humanitarian aid.

According to the recent reports by the International Rescue Committee, two-thirds of gender-based violence requests were not funded; in other words, each woman or girl in need of lifesaving services receives less than $2. For example, in Nigeria, humanitarian aid is failing women and girls who are disproportionately affected by sexual and gender-based violence⁠—where only $3.8 million was granted for women and girls out of $40 million needed. The Trump administration expanded the Global Gag Rule, which prohibits recipients of US aid from providing abortion services, and continues to cut funding to the Organization for American States for protecting reproductive rights. More recently, US diplomats pushed to avoid references to abortion access in a United Nations resolution on providing humanitarian help around the world. The efforts to deprive women and girls of vital services are relentless and ongoing.

Cutting funding to sexual and reproductive health care leads to unwanted pregnancies, unsafe abortions, and preventable deaths and violates international humanitarian law, including the right to be free from torture and inhuman treatment. We urgently need feminist funding that prioritizes access to comprehensive health care. That is why the theme of the upcoming Beijing+25 conferences must include discussions on humanitarian aid policies that explicitly ensure abortion access, giving women a stronger voice in decision-making.

During the opening of the 63rd Session of the Commission on the Status of Women, UN Secretary-General Antonio Guterres warned that, “Around the world, there is a pushback on women’s rights. That pushback is deep, pervasive and relentless. We will push back against the pushback. And we will keep pushing.” With effective partnerships, an intersectional lens, and a feminist perspective, we can push back and shape humanitarian aid strategies that resist the efforts to keep women confined to a world run by patriarchal oppression and inequality.

Take this survey to provide your opinion on what topics should be the focus of the 2020 Beijing+25 conferences.