Five Years After Genocide, Yazidis are Still Waiting for Justice 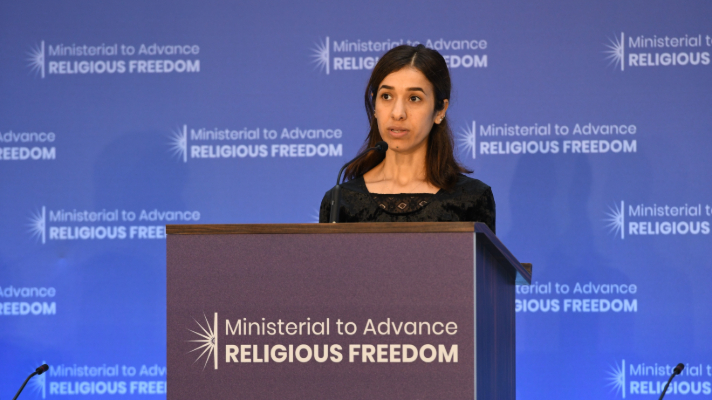 August 3, 2014 changed the Yazidi community of Sinjar forever. The terrorist group Daesh killed and enslaved thousands of Yazidis, members of a small religious minority in northern Iraq that have been historically persecuted for being “devil worshippers.” In addition to carrying out coordinated attacks of violence against the group as a whole, Daesh explicitly targeted women and girls by inflicting widespread sexual violence in the form of rape, torture, and forced marriage. These gendered acts of the Yazidi genocide served as tools for recruitment, conversion, and forced indoctrination.

Five years later, despite a growing body of evidence, no Daesh fighter has been prosecuted for genocide of the Yazidi. In 2016, the United Nations recognized the attacks as a genocidal campaign, but Yazidis are still waiting for justice, hoping to return one day to their homes on the Sinjar Mountain.

“There is no Sinjar without Yazidis; and there are no Yazidis without Sinjar,” says Shreen, a survivor of Daesh sex slavery. “Part of the genocide is the displacement and division of families. The more we are closer, the more we feel we are alive.” Sinjar is an essential part of the Yazidi identity, and until the group can return, no justice is possible.

While investigation and documentation of the complete scope of the atrocities of Daesh continue, it is estimated that 10,000 Yazidis were killed. More than 3,000 remain missing, their status unknown. Beyond the directly targeted, nearly 200,000 Yazidis are still stranded in Kurdistan—unable to leave due to conflicts among local armed groups. While some survivors were able to flee to Europe or the US, many are living in displacement camps in Iraq or refugee camps in Syria, facing an uncertain future.

Although Kurdish forces have liberated the area from Daesh, there is no sign of reconstruction. The region remains in ruins. The Yazidi cannot return if there are no schools, hospitals, electricity, or clean water. Ultimately, those who choose to return to Sinjar have no source of income or assistance.

Since the Yazidi Supreme Spiritual Council decided that children born of rape are not to be accepted in the community, many Yazidi women who gave birth in Daesh captivity are afraid to go back due to social stigma. Further, Yazidi rape survivors and those who witnessed Daesh’s heinous crimes suffer from persistent trauma. Without urgent psychosocial support and holistic care, the prospects of sustainable peace and reintegration of the group are slim. In fact, suicide is becoming more common among those Yazidi survivors who lack access to comprehensive healthcare.

The Iraqi government is failing to deliver basic services that would ensure the Yazidi’s safe return. Most critically, without international protection and more robust demands for justice, the group is incapable of rebuilding its shattered community.

Addressing the US State Department’s recent conference on religious freedom, Murad stressed the importance of acting before it’s too late:

In 2014, the international community rallied behind the Yazidi cause. Today, the Yazidis have largely been abandoned. While there is some support and empathy, there are no real efforts focused on the most important objective that would end the genocide and allow the Yazidis to heal — enabling my community to return to our ancestral homeland of Shingal and rebuild our lives in a safe, healthy environment. The Yazidi community wants to return home. They want to start over — to rebuild their homes and farms and to create new lives with their families. They want justice for the trauma they have suffered. However, they cannot achieve this without the support and partnership of the international community.

Instead of taking photos with survivors, states and international institutions should employ a combination of efforts to hold perpetrators of the Yazidi genocide accountable. There are multiple potential venues for legal action—from Security Council referral of the situation to the International Criminal Court to establishing a hybrid court. Equally as important, any prosecution must center on the sexual and gender-based violence committed by Daesh, thereby upholding the international human rights guaranteed to women and girls.

The global focus must shift to Daesh accountability and the time for action is now. As we mark the fifth anniversary of the Yazidi genocide, offering survivors pity and understanding is not enough. How many more times do Yazidis need to repeat horrific stories of Daesh brutality for the world to finally take tangible steps toward full accountability and justice? How many more years do Yazidi families need to look for refuge everywhere but their home in Sinjar?

Whatever approach is taken, turning a blind eye to persistent impunity for mass atrocity crimes is not an option.