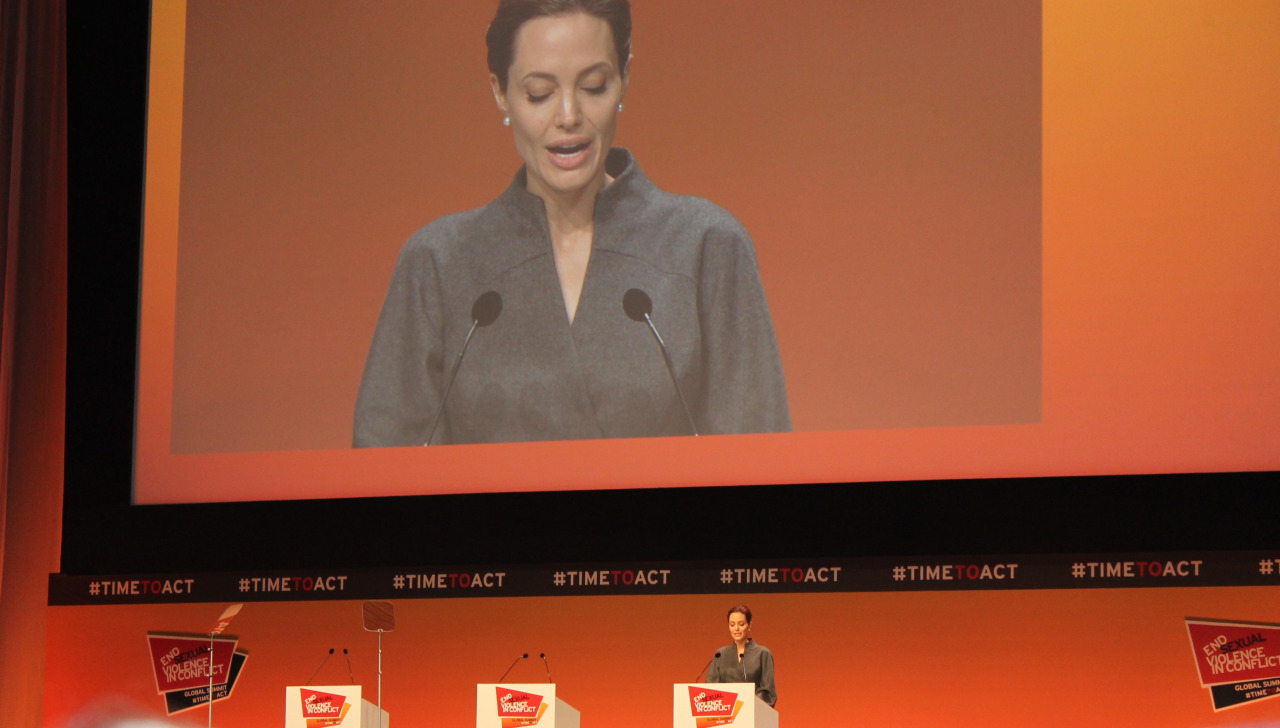 On June 11, 2015 Angelina Jolie, a special envoy of the U.N. High Commissioner for Refugees, gave an address at the African Union Summit in Johannesburg. Jolie highlighted the sexual violence that women and girls in conflict zones are subject to due to “the near-total impunity that exists worldwide for crimes against women, in conflict zones in particular.”

Impunity for the use of sexual violence is one GJC has been confronting head on. On April 15, 2015, one year after the Chibok schoolgirls were kidnapped, GJC sent a letter to the International Criminal Court urging the prosecutor to consider charging Boko Haram with genocide. Properly characterizing these targeted abductions as genocide will hold states accountable and encourage them to take action.  As stated by GJC President Janet Benshoof in an op-ed in PassBlue,“It will make clear Nigeria’s own obligations to stop this conduct and to prosecute it vigorously; it will send a message to other perpetrators, including those currently targeting Yazidi women and girls in Syria and Iraq, that genocide will not be tolerated; it will fulfill the prosecutor’s own commitment to fully prosecute crimes aimed at women and girls and to integrate a gender perspective into every stage of its work; and finally, it will trigger the international community’s responsibility to protect the Nigerian population.”

As more and more wars are being fought using women’s bodies, it is important that the laws of war apply to and protect women as well as men. When the laws of war were initially drafted, rape was not recognized as a weapon; however, it is now identified as a tactic to win military objectives. Global Justice Center’s “Rape as a Weapon of War” campaign recognizes the discrimination and suffering that women and girls face in conflict zones. GJC urges governments and international organizations to hold states where rape is being used as a weapon accountable for their actions.

As Jolie stated, “We need policies for long-term security that are designed by women, focused on women, executed by women.” With these policies, gender equality is achievable and we can see an end to impunity for sexual violence.