On February 25th, 2015, George Clooney co-authored a New York Times Oped on the rape of women in Darfur. Internationally, the violence in Sudan, including mass rape, has been recognized as genocide since 2004, yet the attention to the area has died down since then, allowing the government to continue its abuses. The media is heavily restricted, humanitarian aid workers equally so and very little is known about the quality of life in Darfur. The peacekeeping mission to Darfur, a joint venture of the African Union and the United Nations, has been severely undermined by the government’s efforts, as the United Nations office has been shut down and investigations stymied. Since evidence cannot be gathered, the peacekeeping forces are required to rely on information provided by the government and have been encouraged to withdraw from areas that remain in need of assistance.

However, the facade can be undermined. Recent efforts have revealed the travesties that are the government’s attempts at peace and security. After documenting over 100 witness testimonies, it can be concluded that last October, the Sudanese Army raped hundreds of women and that investigations of those rapes were subsequently obstructed. The military had full control of Tabit when the mass rape took place, so the attack was not ultimately used as a weapon of conflict, but rather an atrocious and despicable intimidation tactic. It is stated in Clooney’s article, “The sexual violence has no military objective; rather, it is a tactic of social control, ethnic domination and demographic change. Acting with impunity, government forces victimize the entire community. Racial subordination is also an underlying message, as non-­Arab groups are singled out for abuse.”

Clooney calls for renewed global attention to the crisis in Darfur as well as effective sanctions. This renewed attention on these women and children who were raped should also focus on a piece of U.S. legislation that will harmfully impact their lives. The Helms Amendment is a forty two year old piece of legislation that bans all U.S. foreign aid from going to organizations that perform abortions. This includes for women and children who are raped in times of crisis. Women who have been raped are much more likely to die in childbirth, and further, a large portion of the survivors are children, who are still more likely to die from pregnancy The United States restriction on foreign aid for abortion services, curtails the effectiveness of the Red Cross and other such organizations that rely US funding. GJC’s August 12th Campaign calls upon Obama to sign an executive order lifting the abortion restrictions on humanitarian aid and as we can see in Darfur, it is more urgent than ever that this outdated legislation is removed and that these women and children receive the medical care they need. 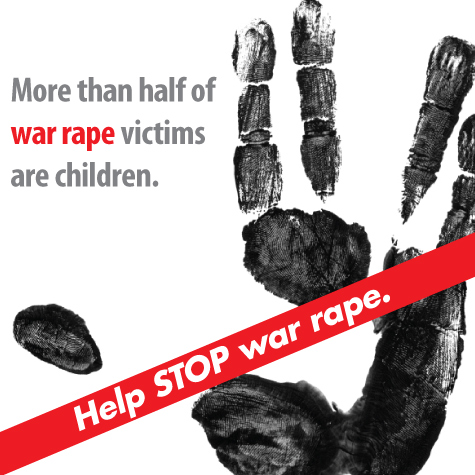