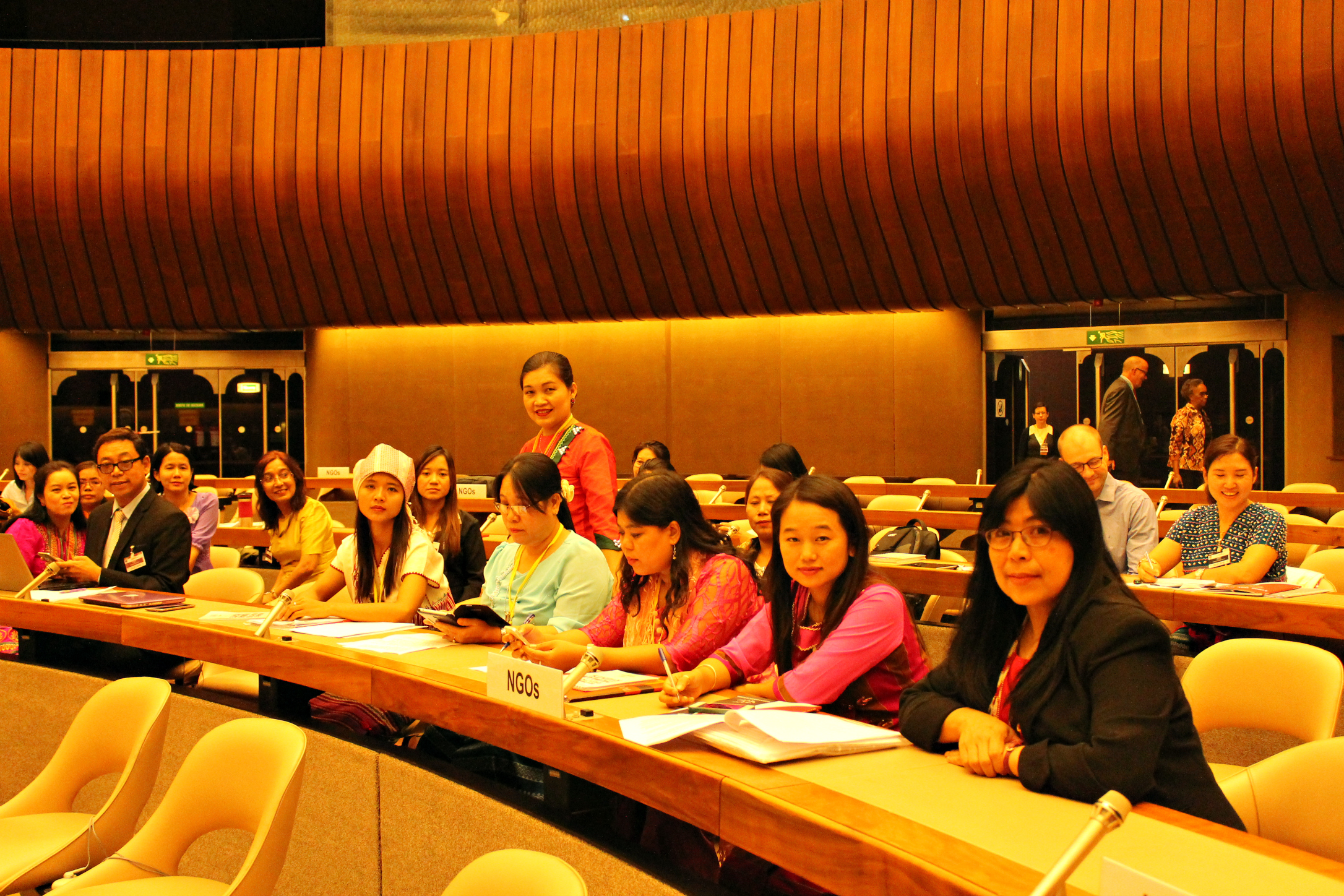 Phyu Phyu Sann, far right, the Global Justice Center’s Senior Burma Researcher, is in Geneva, Switzerland for the United Nation’s (UN) review of Myanmar’s implementation of its obligations under the Convention of the Elimination of All Forms of Discrimination against Women (CEDAW)  to ensure gender equality. In Myanmar, the UN’s Committee on the Elimination of Discrimination against Women (CEDAW Committee) will confront a “constitution and laws that explicitly and in effect discriminate against women,” and a country with a “history of patriarchy, negative gender stereotypes,” and marginalization of women in all parts of society, as outlined in a recent press release and shadow report by the Global Justice Center and the Gender Equality Network.

Arriving in Geneva after a long, trans-Atlantic flight, Sann immediately commenced preparations with members of local women’s groups. In an unprecedented show of cooperation, women’s groups agreed to submit a joint oral statement to the CEDAW Committee and GJC helped formulate and draft the statement.  In Geneva, Sann helped to finalize the oral statement, prepare answers to “possible questions from [the] committee,” and compare CEDAW’s list of issues with official responses from the  government in order to effectively highlight the precarious situation faced by women.

In e-mail correspondence from Geneva, Sann stresses the importance of listening to women working on the ground to effect change. She notes that, “the CEDAW Committee pays attention to these informative quick assessments and opinions of women from the ground.” Topics covered might include structural barriers and discrimination in law, underrepresentation of women at all levels of government and in the peace process and violence against women, including conflict-related sexual violence committed by the military. Between intense preparation sessions, Sann and her activist colleagues found time to celebrate the country’s rich culinary diversity, cooking “rice and Burmese soup and salad,” and “[sharing] food together.”

The women, Sann writes, are now “ready to engage with CEDAW.”