Why a U.S. Exit from the UNHRC is Counterproductive 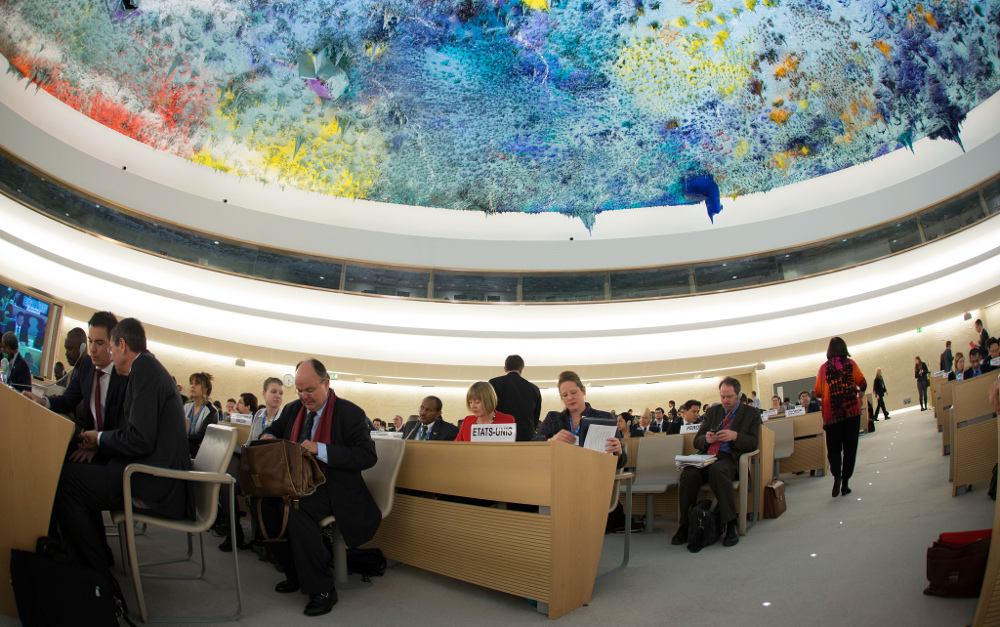 On Tuesday, U.S. ambassador to the United Nations Nikki Haley appeared before the United Nations Human Rights Council (UNHRC) for the first time. The UNHRC adopts resolutions and orders investigations into governments’ violations of human rights. Though the United States began a new three-year term in January, there are rumors it is assessing the possibility of pulling out of the council. During her appearance and in an op-ed in The Washington Post, Haley asserted that the council gives too much negative attention to Israel and that many of its 47 members are serious human rights violators. A politically-motivated exit from the council, however, is a counterproductive strategy, not a solution to the United States’ objections.

The UNHRC is undeniably flawed. As with most political bodies, politics often sway decisions, and some voices are given more weight than others. Also as with other political bodies, loopholes distort well-intentioned rules of operation. For example, countries are elected to the UNHRC through a regional voting bloc system, but because backroom negotiations often result in a noncompetitive number of candidate countries, many human rights-violating countries are elected to the council. In her op-ed, Haley does suggest worthwhile changes – one of which is addressing this issue by making the voting for membership more competitive and inviting true consideration of countries’ human rights records.

If the United States wishes to see these changes, it should use its seat to continue to advocate for them. Disengaging from the council entirely would be counterproductive to its goals. A January Council on Foreign Relations report found that U.S. involvement in the UNHRC has “improved the body’s performance in several ways.” These even include the Trump administration’s objections to the UNHRC; the report found that U.S. involvement in the council can combat anti-Israel bias and encourage accountability for countries that violate human rights. It also found that the United States could create further positive change through “catalytic leadership” – not by withdrawing. Many fear that a U.S. withdrawal could allow for even more human rights violations. A U.S. departure would not end the discourse on Israel. If anything, it could encourage it.

Furthermore, consideration of withdrawing from the UNHRC follows a trend of the United States retreating from international cooperation such as the Paris climate accord and President Donald Trump’s criticism of the U.N. and NATO. This goes further back than Trump’s administration, though: the United States has a tendency to not sign onto international agreements or resolutions that have global consensus. (For example, only seven of the 194 U.N. countries have not ratified the U.N. Convention to Reduce All Forms of Discrimination Against Women, and the United States is one of them.)

If the United States’ goal truly is to strengthen the UNHRC, its strategy should not be to delegitimize it. A senator unhappy with Congress’s political agenda, mode of operation, or composition would not resign in protest. Why? Because it’s better to be an active force working for change than to quit. Institutions like the UNHRC, though flawed, have merit. Change from within is more powerful than a denunciation and resignation. Exiting the council would place politics above the mission of human rights. To improve the council and signal U.S. devotion to human rights, the United States should heighten, not end, its involvement in the UNHRC.