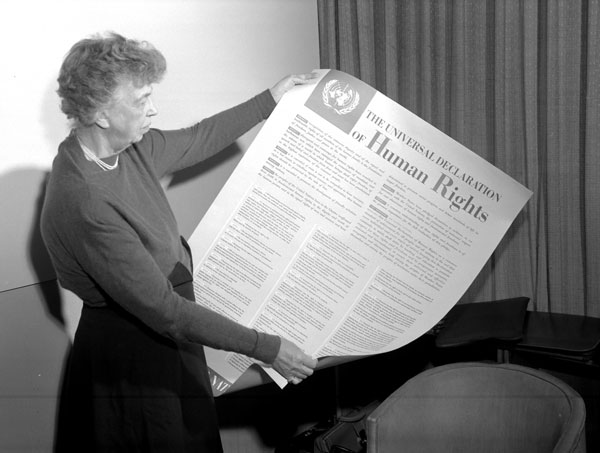 When the United States does ratify treaties, it uses a unique process that diminishes the treaties’ intended effects. Before the treaty is voted on, Justice Department lawyers search the documents for human rights protections that are more stringent than, and therefore would add to, U.S. law. When found, the United States limits the scope of the treaty by drafting a reservation, declaration, or understanding (RUD) to combat it and sends the treaty, RUDs attached, to the Senate for ratification.

To further strip the treaty of power, the United States declares that treaties are “not self-executing.” This means that without implementing legislation (domestic law guaranteeing the same protections), the treaty is unenforceable in domestic courts. The government often argues that implementing legislation is unnecessary because all the rights in the treaty (except those excluded in the RUDs) are already protected by U.S. law. This leaves citizens without the ability to invoke the treaty in court.

Moreover, because the United States has not ratified the first Optional Protocol of the International Covenant on Civil and Political Rights, citizens cannot appeal to UN Review committees—groups of experts who hear complaints from citizens who believe their treaty rights have been violated. These U.S. procedures prevent substantive participation in the international system of human rights, leaving citizens to rely on non-comprehensive domestic protections.

There are a few factors motivating U.S. aversion to international human rights treaties. Many scholars point to the historical context of when the treaties were first being developed in the late 1940s and early 1950s. The Cold War fostered fears about the spread of communism and totalitarianism, and these fears became linked to the international human rights project. Conservatives also opposed these treaties because they viewed them as the federal government’s effort to address racial segregation and discrimination in the South.

This doesn’t explain why these attitudes have persisted. Some suggest that it is the nature of the U.S. government. Treaties require the approval of two-thirds of the Senate or “congressional-executive agreements”—but the latter are not used for human rights treaties. But what prevents ratification via Senate supermajority? The answer: an attitude.

Human Rights Watch Executive Director Kenneth Roth describes the American attitude towards international human rights law as “fear and arrogance—fear that international standards might constrain the unfettered latitude of the global superpower, and arrogance in the conviction that the United States, with its long and proud history of domestic rights protections, has nothing to learn on this subject from the rest of the world.” Scholars suggest that this isolationist attitude—partly driven by fears that international treaties would erode federalism—leads to acceptance of international human rights law only when it merely affirms existing domestic law.

Refusing to ratify human rights treaties weakens U.S. international leadership and deprives American citizens of protections they deserve. The United States is willing to sign onto substantive trade agreements but not human rights agreements, and this superficial participation in the international human rights community reveals its priorities. Human rights treaties are more than symbolic affirmations of values. They are legal foundations that can translate into human rights victories for citizens. (For examples of how international treaties like CEDAW have been used in domestic courts in other countries, see GJC’s CEDAW Casebank.) Only after ratifying these treaties, making them self-executing, and using domestic law to uphold them can the United States genuinely be the human rights champion it has so long claimed to be.