“Racism in America is more than the fire hoses, police dogs and Alabama sheriffs you envision when you hear the words,” writes Petula Dvorak. It is also the tyranny inflicted on racialized women when they are stripped of their reproductive autonomy, shackled while giving birth, and excluded from lifesaving health care and information on cervical cancer.

This submission under the International Convention on the Elimination of All Forms of Racial Discrimination (ICERD) discusses three sites of systemic racism and intersectional discrimination that oppress women of color, particularly Black women, in the United States (US): abortion restrictions, the shackling of pregnant prisoners, and racial inequalities in cervical cancer mortality. While many of the laws and practices described in this submission do not directly target women of color and are presented in facially neutral terms, they disproportionately impact the human rights of women of color. We urge the Committee on the Elimination of Racial Discrimination (CERD, or the “Committee”) to recognize the disproportionate effects of these policies on the lives of racial minorities and the racial inequalities that they perpetuate.

US abortion restrictions are a form of racial discrimination

Roe Is the Past, Human Rights Are the Future

All of us in the abortion rights movement have long prepared for the day Roe v. Wade would be reversed. But nothing could fully brace us for the pain of reading Justice Samuel Alito’s majority opinion, which categorically declared that abortion is not a constitutional right. While we took to the streets to rage and mourn the destruction of our rights, we heard from feminist allies and partners around the world—some of whom had successfully fought deeply entrenched patriarchal forces to secure historic advances for abortion rights in their country and offered lessons for our struggle. There is an immense amount to learn from them, but there is one lesson in particular to embrace: We must place human rights at the center of our demands for unfettered access to abortion.

Since the Supreme Court decided Roe in 1973, the story of abortion access in the United States has been one of steady regression. In 1976, Congress passed the Hyde Amendment to restrict the use of federal funds for abortion except in limited circumstances. This decision was upheld by the Supreme Court in Harris v. McRae, which found that that neither the federal government nor states were required to pay for abortion services—severely undercutting the realization of a constitutional right. Subsequent years saw Planned Parenthood v. Casey limit Roe through the imposition of the “undue burden” standard, Gonzales v. Carhart limit later abortions, and National Institute of Family and Life Advocates v. Becerra limit regulation of anti-abortion “crisis pregnancy centers.” And just under 50 years after Roe, the court dealt its killing blow to abortion rights in Dobbs v. Jackson Women’s Health Organization.

NEW YORK — The International Court of Justice today issued a ruling that rejected “preliminary objections” raised by Myanmar in its genocide case. The case brought by The Gambia to hold Myanmar accountable for its 2017 genocide of the Rohingya will now move on to the merits phase.

Preliminary objections are typically filed to raise procedural issues. Among other things, Myanmar objected to the court’s jurisdiction as well as The Gambia’s standing to bring the case. For more on preliminary measures, see this recent Q&A on the case.

“Since its genocide of the Rohingya nearly five years ago, Myanmar’s military junta has done whatever it can to avoid or delay international accountability for its crimes. The court’s ruling today rejects Myanmar’s latest delay tactic, advancing this critical vehicle for justice.

“This court has rejected the military junta at every turn. In its hearings and order on provisional measures, the court already considered and rejected many of these procedural objections from Myanmar. In issuing provisional measures, the court also found that serious risks of genocide still existed for the Rohingya and ordered Myanmar to take steps to prevent genocide. The fact is, Myanmar violated the Genocide Convention and it can’t avoid accountability any longer.

“Since it seized power in a coup last February, the military junta’s violence and criminality has only deepened. Though we’ve seen strong condemnation and some bare accountability measures from the international community, the people of Myanmar continue to suffer under this brutal regime. And though this case is just one of many roads toward justice, its resolution would be a major step towards justice and a sustainable, democratic Myanmar.”

Your platforms are currently enabling, and profiting from, the spread of dangerous medical misinformation about the FDA-approved drugs mifepristone and misoprostol, which are used in the FDA-approved regimen for medication abortion care. These drugs have a long track record of scientific safety and study.

Women's Perspectives on a Career in International Law 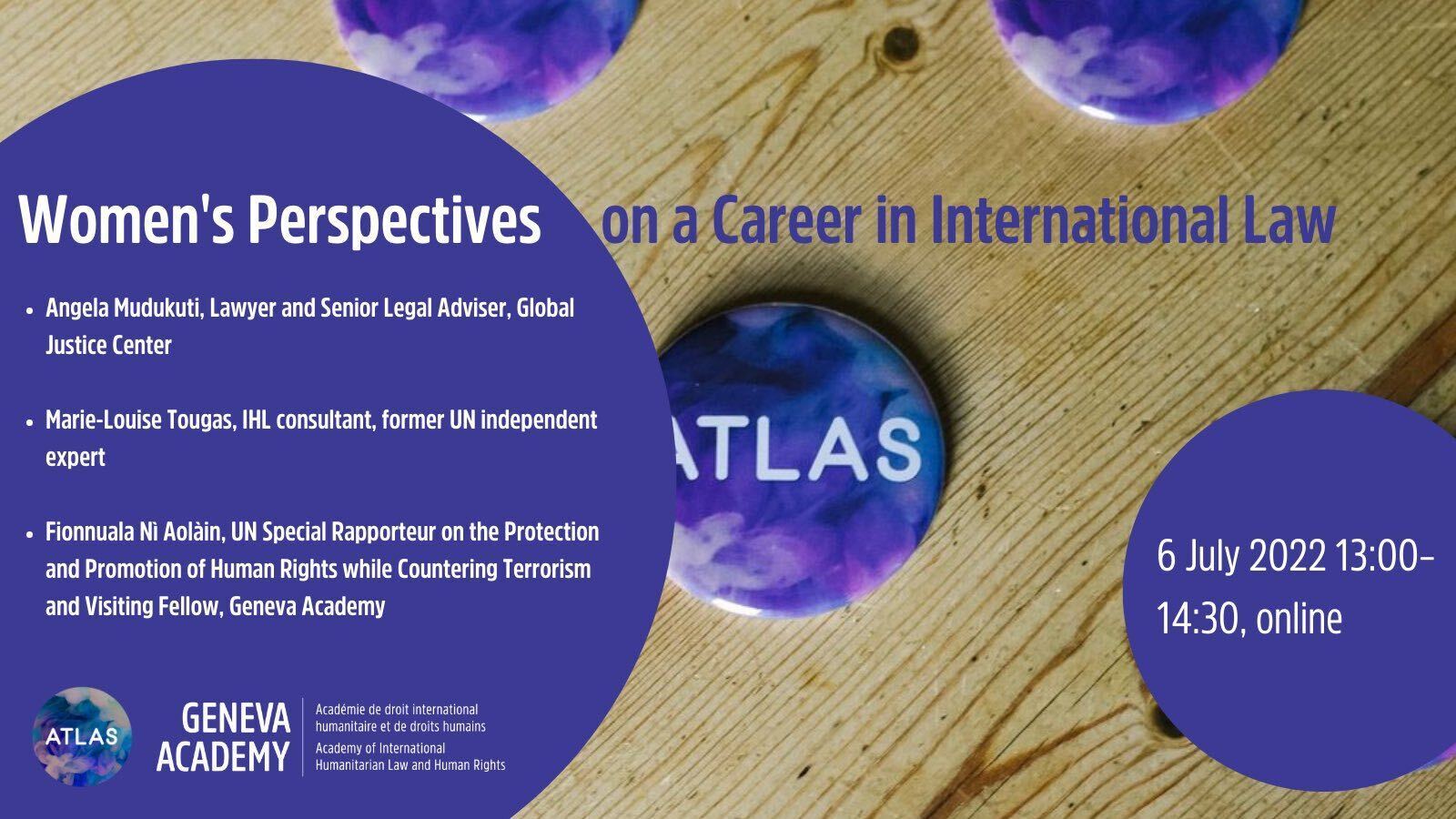