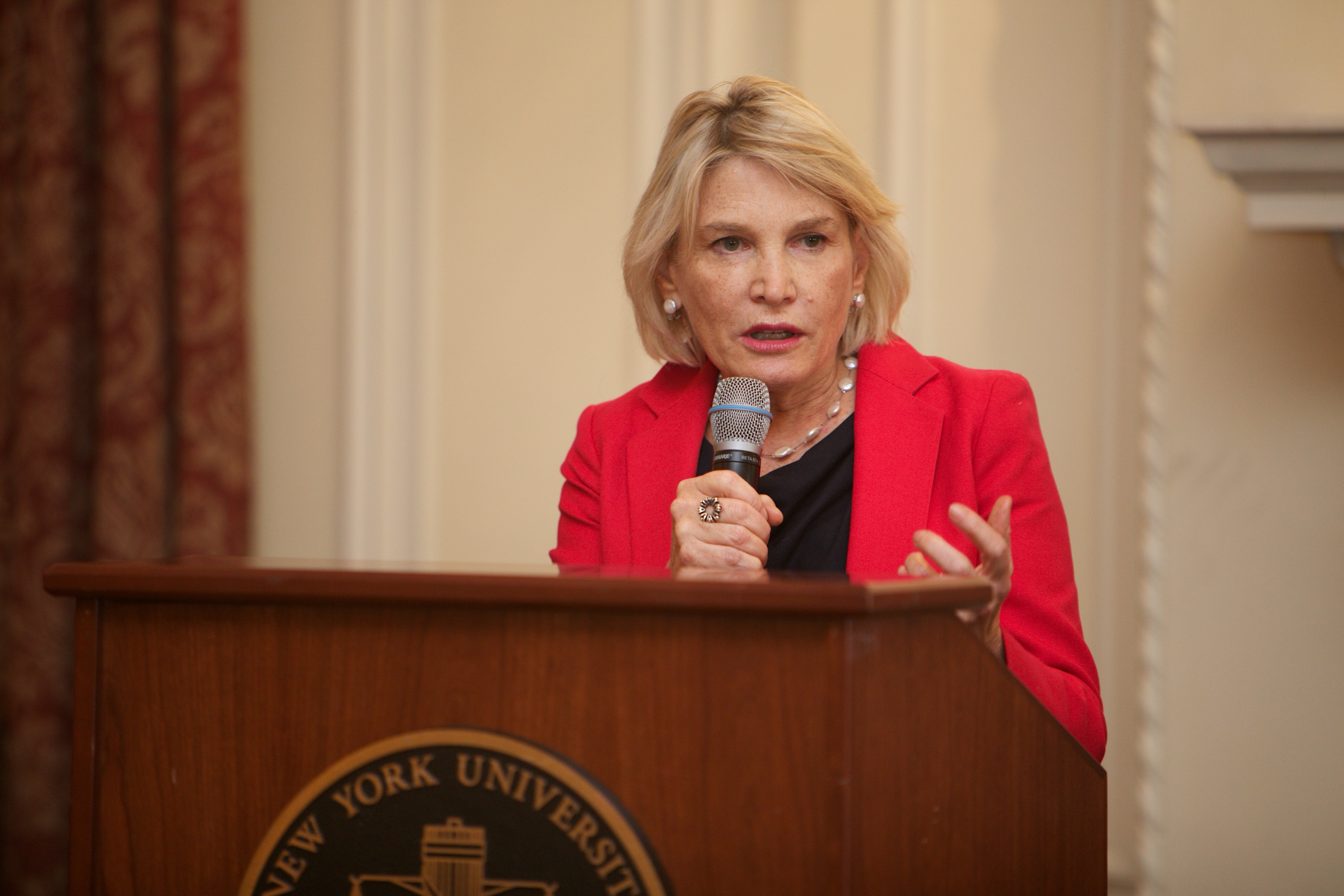 Check out a new video released by the Global Justice Center of Janet Benshoof, President and Founder of GJC, speaking at NYU School of Law when it held it’s third annual women’s law summit (Part 2).

Sexual Violence and Tragedy in Liberia

In a recent article about her home country of Liberia, Kim Thuy Seelinger, Director of the Sexual Violence Program of the Human Rights Center at the Berkeley School of Law, condemned the rape and resulting death of a Liberian child, saying, “the rape that left a 12-year old girl bleeding to death in a pickup truck must be investigated and prosecuted to the fullest extent of Liberian law.” Her attacker was a former solider in the previous civil war and was inebriated when he assaulted her. It is thought  that the man perpetrated similar crimes in combat, employing rape as a genocidal weapon.

The attack of this young girl was equally as atrocious, though perhaps what is most alarming the systemic failures of the state in providing aid, as she was denied medical care by several facilities and her family was apprehended by the police when traveling to a more remote hospital.  Due to her profuse bleeding, it was thought that she had Ebola, and while her family explained the circumstances to officials, little was done to assist her. She died while her family was detained at a police check point.

The President of Liberia, Ellen Johnson Sirleaf, has ordered a full investigation into the failures that allowed such an event to transpire, though Seelinger notes that the event is indicative of larger governmental issues, and cannot be considered as an individual case. For example, it has been alleged that several political figures, who still retain power in the government, were responsible for the mass rapes during the civil war. The ICC has little jurisdiction in prosecuting such criminals, as the violence occurred during domestic conflict.

However, there is hope for women and girls, as Sirleaf, the first female president to be elected in Africa, has shown commitment to the issue of sexual violence. She has instituted several programs to help survivors, though the institutions she seeks to improve—such as the health care system and the police force—are inherently flawed and her policies can fail, as they did for this young girl.

Seelinger advocates that attention be paid to the survivors of rape, an assertion which echoes the position of the Global Justice Center. Seelinger says, “Survivors have never received sufficient care or seen reparations. Perpetrators have never been punished or rehabilitated. Several nurses and community leaders we interviewed noted that sexual violence survivors hold onto their suffering, and perpetrators often struggle with substance abuse, continuing to hurt those more destitute or powerless.” GJC’s “Rape as Weapon of War” campaign is dedicated to ending impunity in states that allow and employ sexual violence for political ends. Soldiers must be held accountable and punished for using rape as a weapon during times of war. The injury and death of the young girl in Liberia is a sobering example of what happens when they are not.

Rape as a Weapon of ISIS

ISIS is waging a war against women in the Middle East. The organization regularly employs rape as a war tactic and captures girls to sell as sex slaves. This month in the Guardian, women’s rights advocate Yifat Susskind, told the story of a young Iraqi girl, who remains nameless, and the horrors she faced in the hands of ISIS. The girl was taken captive and traded between more than a dozen ISIS men, each one of whom raped her. She was lucky enough to escape to a refugee camp and receive the help of women’s rights activists, whose presence is slowly becoming more prevalent within the war-torn region.

Organizations such as the Global Justice Center seek to end war rape through ending impunity and seeking legal reparations; Yifat Susskind offers a different, or rather simultaneous solution in ending the power of rape in war, at least within the circumstances surrounding ISIS attacks and abductions. Susskind cites stigma as the most undermining and devastating consequence of rape—and therefore the most desirable to ISIS. Susskind says, “Survivors are ostracised, even blamed for the attacks. Families fear being tarnished by the stigma and banish wives, mothers and daughters. In the worst cases, people adhere to distorted notions of “honour” and kill rape survivors. In short, rape tears at the fabric that binds families and communities.”

But those perceptions are beginning to change—unfortunately this change is incentivized by ISIS’ massive and indiscriminate violence towards women—and women are slowly receiving acceptance and care within their communities. This ideological shift is incredibly important to the larger perception of women under the rule of ISIS. Quoting an Iraqi women’s rights activist, Susskind said, “We want the survivor’s community to see her not as a ruined, raped girl, but as a prisoner of war who was strong enough to survive weeks of torture and brave enough to escape.”

While decreasing stigma is a huge step forward in aiding survivors of war rape, a larger deterrent would be holding the perpetrators accountable for their crimes. Rape is being used more than any other prohibited weapon of war including starvation; attacks on cultural objects; and the use of herbicides, biological or chemical weapons, dum-dum bullets, white phosphorus or blinding lasers. It is time to punish those that use rape as an unlawful weapon in armed conflict.

On February 20th,  NYU School of Law held its third annual  women's law summit which coincided  with  the 15th anniversary of UN Resolution 1325. The Summit sought to educate participants about  women's roles within conflict and their various means of empowerment, especially within  the legal system. The all-female panels were composed of practicing lawyers, doctors, academics, and theorists. GJC founder and president Janet Benshoof gave the keynote address, highlighting the organizations projects, such as a campaign for the prosecution of rape as a prohibited weapon,  and a campaign seeking the provision of abortions for women  in conflict. Further, GJC, who advocates "power, not pity," was referenced several times throughout the following panels, as speakers detailed  the ways in which women  might act in conflict. Akila Radhakrishnan, legal director  of GJC sat on the final panel about  women  and the transformation of the legal space, where she spoke on the opportunity for transforming women's rights in Burma.

In November, the Human Rights Clinic at Harvard Law School released a legal memorandum,“War Crimes and Crimes Against Humanity in Eastern Myanmar.” The report was a result of a four-year investigation on the Burma military and examines the conduct of the military during an offensive that cleared and forcibly relocated civilian populations from conflict zones in eastern Burma. Collected evidence demonstrates that the actions of Burma Army personnel during the Offensive constitute crimes under international criminal law: attacking and displacing civilians, murder, torture, and other inhumane acts.

The Clinic also collected evidence relevant to the war crime of rape. Secondhand accounts of rapes committed by military personnel were recorded. Some interviewees spoke generally of soldiers raping Karen women but provided no specific accounts. Rape is both a war crime and a crime against humanity, according to the Rome Statute. However, it was concluded that more research and analysis are necessary to determine whether these crimes could be included in a criminal case associated with the Offensive.

Rule of law is limited in Burma, and the military enjoys constitutionally-guaranteed impunity for war crimes, including against the use of rape as a weapon of war. Burma’s new Constitution has been fully in place since 2011 and was deliberately designed to preclude democracy by embedding permanent military rule and preventing military officials from being held accountable for their crimes.

GJC calls on the international community to invest in a democratic future for Burma by insisting that the Burmese government dismantle these structural barriers which violate international law and prevent the advancement of true peace and democracy.