Obligation to Act: International Action and the Fight Against the Coup in Myanmar 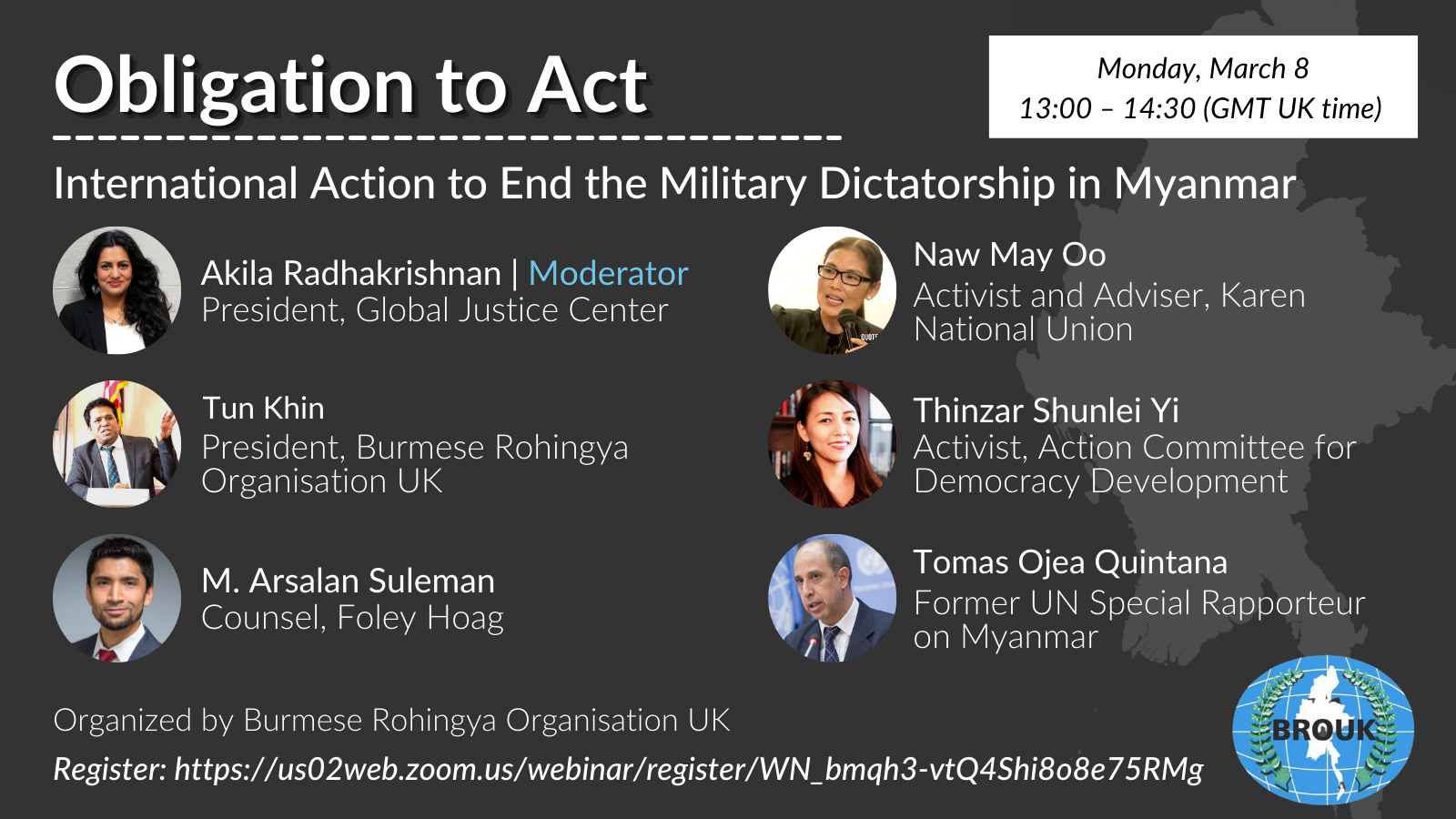 While the country is still reeling from the Burmese military's illegitimate coup on February 1, the international community have launched a slate of new sanctions against military leaders amid public condemnations of the Tatmadaw's use of deadly violence against peaceful protests. Multiple questions about Burma's future remain unanswered, however, particularly as they relate to international support for justice and accountability, ethnic peace and the creation of a true democratic federal union, and the Rohingya genocide crisis.

During this online event, international justice experts from around the world will speak alongside civil society leaders from Burma to share their perspectives on how international and grassroots mobilization around ongoing international justice processes and mechanisms can contribute to a united and multi-ethnic anti-coup movement that ends the Burmese military dictatorship and its violent reign of impunity.