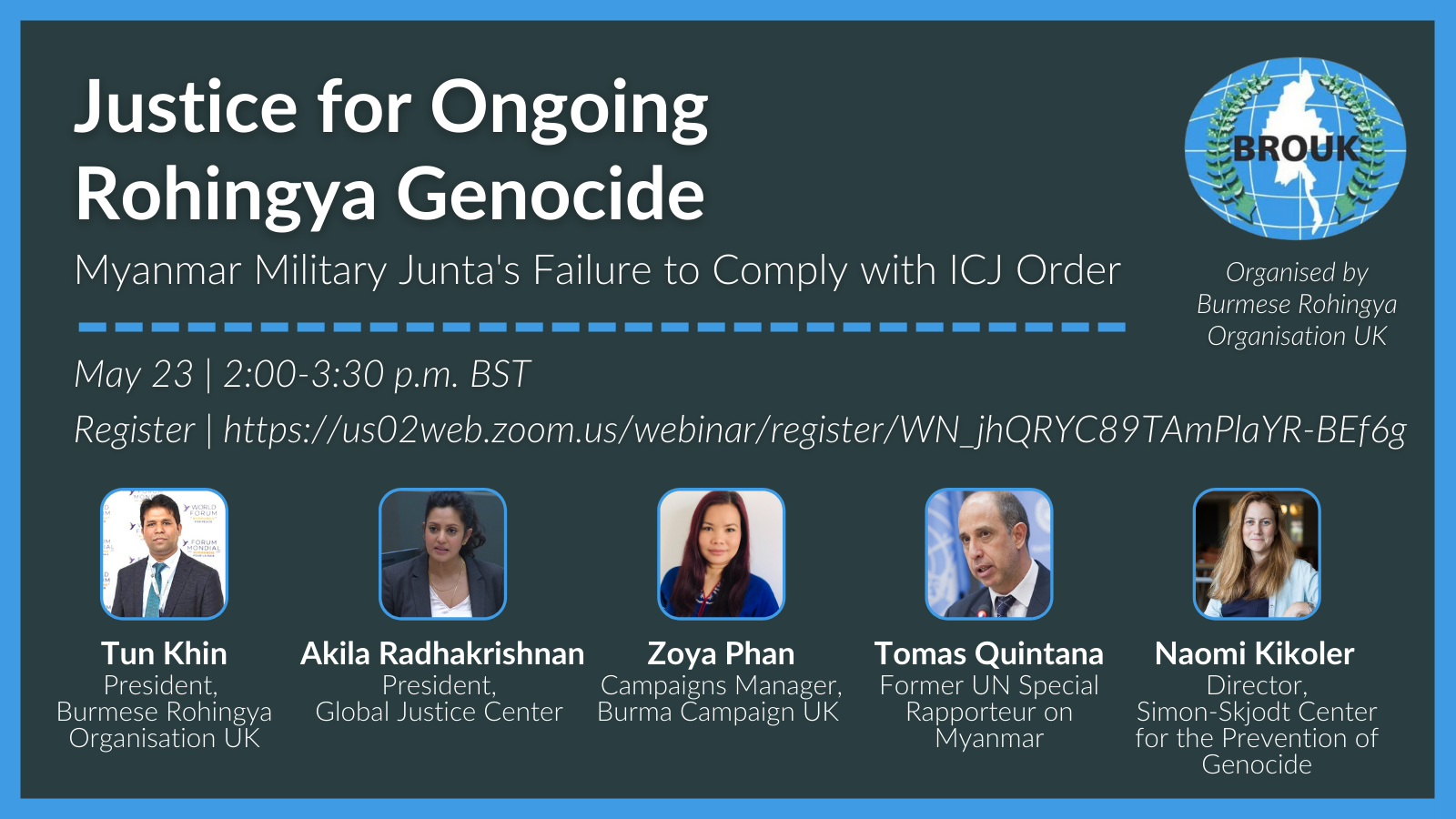 The seminar coincides with the six months reporting deadline of Myanmar to the International Court of Justice (ICJ) in the Gambia v. Myanmar Rohingya Genocide. BROUK will also publish its own report to show the real situation on the ground in Rakhine State, and how the genocide of the Rohingya is ongoing.

NAOMI KIKOLER is the director of the Simon-Skjodt Center for the Prevention of Genocide. As the Center’s deputy director she led Center’s policy engagement with the United States government and work on Bearing Witness countries, including undertaking the documentation of the commission of genocide by ISIS.

ZOYA PHAN is Campaigns Manager at the advocacy organisation Burma Campaign UK, and co-founder of the charity, Phan Foundation.

TUN KHIN is an ethnic Rohingya Muslim from Arakan (Rakhine) State in Myanmar, the President of the Burmese Rohingya Organisation UK (BROUK) and a prominent activist for the Rohingya people.