The symposium, organized by the Genocide Studies Program at Yale University, intends to examine the challenges facing the Yazidi people in the wake of the attempted genocide against the Yazidi initiated by ISIL in August 2014. Presentations may explore novel conceptual and theoretical approaches as well as case studies with broader implications.  Nadia Murad, Recipient of the 2018 Nobel Peace Prize, will deliver the keynote address.

Prosecution Issues: Focusing on strategies to pursue the perpetrators of the genocide

Protection At Home and Abroad: Focusing on the challenges facing asylum-seekers abroad, and risks to the community in Iraq

Preservation of Culture and Society at Home and Abroad: Focusing on the need to preserve and promote Yazidi culture, and the strategies for doing so 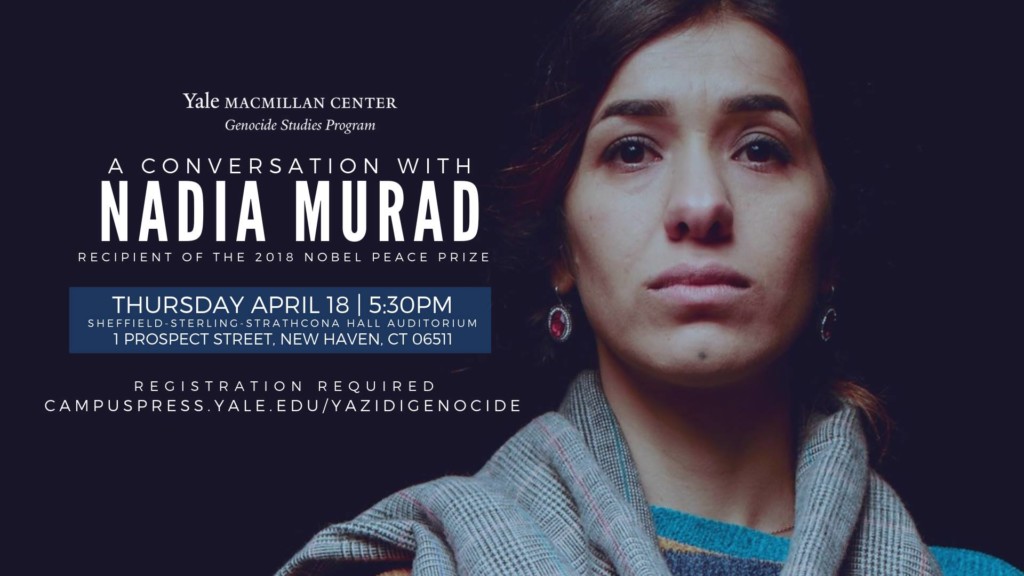 Myanmar and Accountability for Grave Crimes

Since August 2016, Myanmar's security forces have conducted a systematic campaign of brutal violence against the Rohingya Muslim minority, escalating decades-long policies of persecution and discrimination. While all members of the Rohingya population were targeted for violence, gender was integral to how the atrocities were perpetrated.

Justice for genocide, war crimes, and crimes against humanity is unlikely in Myanmar's domestic courts. So what are the options for justice? Please join us for an important discussion of opportunities and challenges for accountability in Myanmar with:

This event is free and open to the public, but registration is required. Lunch will be served. Please RSVP at https://www.wcl.american.edu/secle/registration and see the attached flyer for more information. 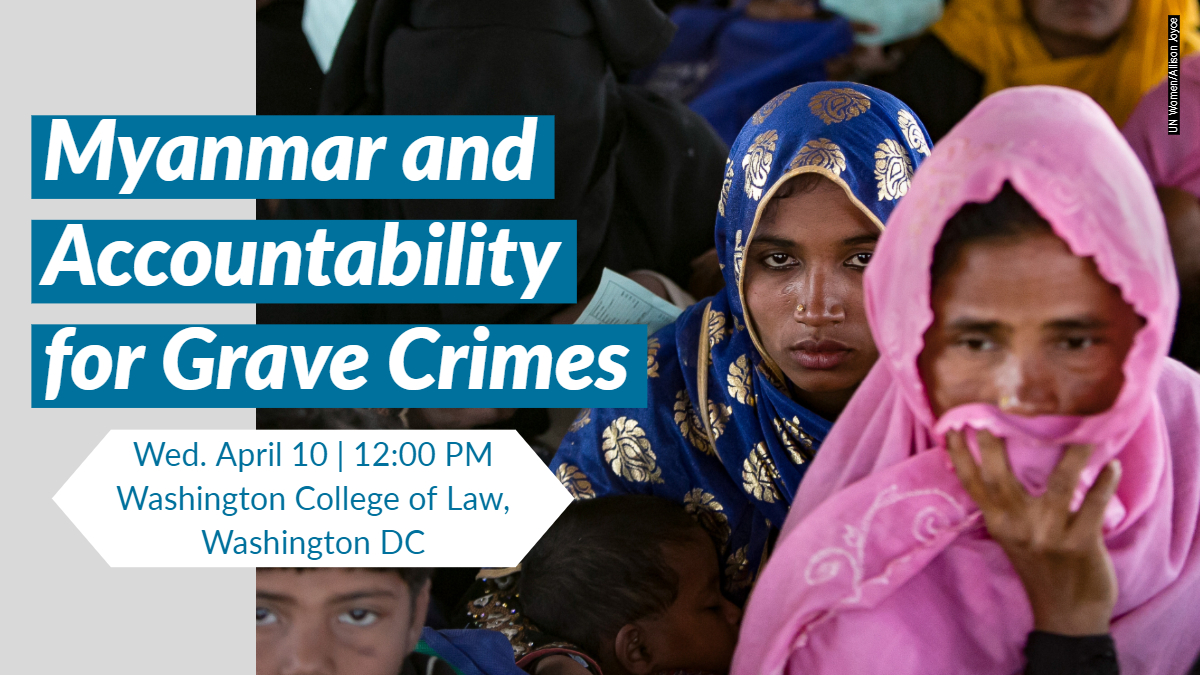 Stand Speak Rise Up: Know the System, Fix the System

Stand Speak Rise Up! is hosted by Her Royal Highness The Grand Duchess of Luxembourg and her Foundation, in cooperation with the Women’s Forum and with the support of the Luxembourg Government. The conference is in partnership with the Dr. Denis Mukwege Foundation and We Are Not Weapons of War.

Slow progress on ending sexual violence in fragile environments is not a reflection of efforts to combat it. Indeed, sexual violence in fragile environments is steadily rising on global policy and humanitarian agendas. International organisations, governments, researchers, NGOs, foundations, and the private sector are devoting increasing resources to this issue. Yet, despite growing attention and the private sectors' increasing willingness to help address social issues, usually reserved for government and humanitarian organisations, responses to sexual violence in conflict remain lacking in coordination, scale and efficiency. That's because to fix the system, we need to understand the system.

UNSRC 1325 was passed and ratified in 2000, more than 18 years later and with numerous related resolutions since, there is still a way to go to ensure the full implementation of 1325.  Human Rights violations in conflict zones are well documented and much of the vision of 1325 remains unrealized.

Young women are often subject to double marginalization – as women, and as young people. In many societies and families, they are the last to eat, to speak, to receive an education. They do not have a voice, and only speak when spoken to. With little or no education or training, young women and girls are relegated to caretaking, cooking, childbearing, collecting firewood and fetching water – the unpaid labour, which is often not regarded as important by the society, and does not provide the women with financial means of their own. Conflict aggravates this situation. We will therefore have a voice of a young woman from the NAWO Young Women’s Alliance WPS network.

States Parties, have to varying degrees, supported and implemented 1325. Hearing from them their view of success and their learning in implementation, will take forward the discourse on this important issue.

The event will provide time for discussion to learn from the expertise in the room, especially in preparation for the 20th anniversary next year.

Brain Trust: Legal Limits to the Use of the Veto

Question at Issue: Are there legal limits to the use of the veto by the Permanent Members of the U.N. Security Council blocking action in the face of genocide, crimes against humanity or war crimes? Or is the veto in such circumstances a carte blanche that can be utilized at the complete discretion of the permanent members?

Proposition: There are legal limits to the use of the veto power in the face of genocide, crimes against humanity or war crimes. Three arguments support this conclusion:

Initial Goal of Initiative: To form a group of NGOs and States who support this initiative and would be willing to work to convince the General Assembly to make this request of the ICJ.

Alternative Concept: To put some of these legal concepts directly into a GA resolution that notes the legal obligations related to genocide, crimes against humanity and war crimes, and calls for veto restraint (and not ask for an Advisory Opinion).

—Professor Jennifer Trahan, NYU Center for Global Affairs, This email address is being protected from spambots. You need JavaScript enabled to view it.