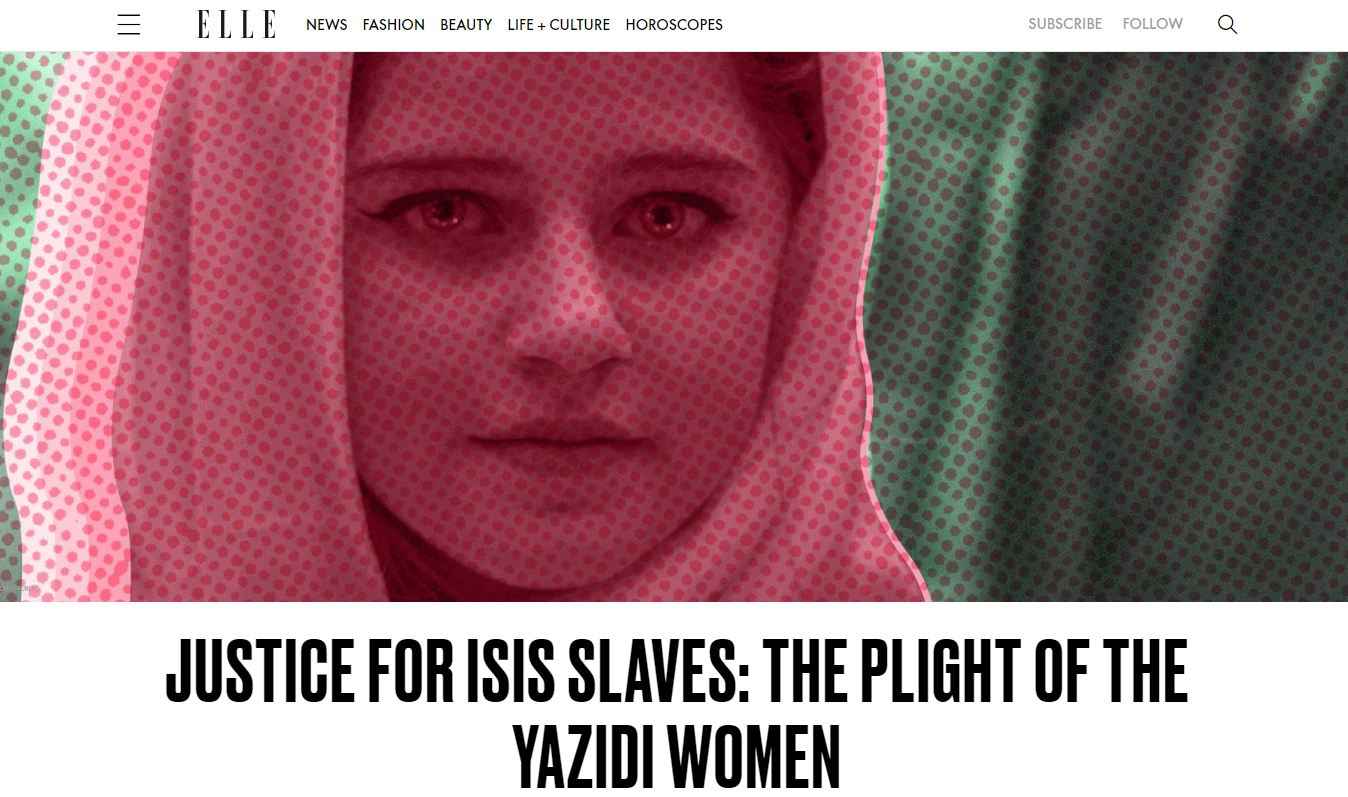 Not a single ISIS fighter has been prosecuted for gender-based crimes despite mountains of evidence of rape and sexual slavery. As GJC President Akila Radhakrishnan explained to Emily Feldman of Elle UK, membership is a terrorist organization is much easier to prove than participation in gender-based crimes.

One of the benefits of ISIS’s diverse membership—fighters joined the group from countries around the world—is that many governments have an interest in going after ISIS suspects.

By 2015, countries like Iraq, Germany and even the U.K. already had ISIS suspects in their prisons. Frustratingly, every government that has arrested ISIS members has only prosecuted them for the crime of being a 'member of a terrorist organisation'—not even murder or rape.

And none of the Yazidi survivors has been informed about their detention and aren’t sure if the men who enslaved them are living or dead, imprisoned or walking free.

Akila Radhakrishnan, the president of the Global Justice Center who has advised Ibrahim, explains that it is simply much easier for prosecutors to prove membership in a terrorist organisation than it is to prove mass atrocities or gender-based crimes, like rape.

And although penalties for terrorism crimes are often severe—Iraq sentences terrorism convicts to death after hasty and widely criticised trials—the cases fail to acknowledge all the other crimes that took place.