On May 29, 2015 The Washington Post’s editorial board published an article titled “An Inhumane U.S. Policy.” This piece focuses on the harrowing experiences of women and girls around the world living in conflict zones, and emphasizes the reality of rape being used as weapon of war and the great need for President Obama to overturn the Helms amendment.

The Washington Post reports on the conditions of the women and girls that were kidnapped by Boko Haram in Nigeria. The victims described their conditions in captivity, stating that they would often be locked up in houses and raped. Oftentimes, the militants would rape the women and girls with the intention of impregnating them so that Boko Haram’s mission could be sustained.  The Washington Post also mentions a report done by Human Rights Watch on a similar scenario in northern Iraq, in which it was documented that Yzidi women and girls experienced perpetual sexual violence by Islamist militants in the area. It is important to note that sexual violence is also currently being used as a tactic of war in Syria, South Sudan, and other places worldwide.

Due to the Helms Amendment of 1973, these women and girls who are raped and impregnated by Boko Haram and other militant groups are not able to get lifesaving abortions. Many are often left with the limited choices of attempting to bear the child or unsafely trying to abort the child themselves, both of which engender numerous medical and social consequences. The Helms amendment has harsh restrictions on United States foreign aid, and mandates that this aid cannot be used to fund abortions regardless of reason. More than 200 of the women and girls recently rescued by Boko Haram in Nigeria are pregnant; with the Helms Amendment and subsequent abortion ban in place, what can be done to help them?

Overturning the Helms Amendment would mean providing appropriate medical care and lifesaving abortions to the women and girls who are victims of war rape. President Obama must stand up for the rights of women and girls to reduce their hardship and set an example for the rest of the world to follow.

Letter to the NY Times Editor, Rape in Syria, March 2014 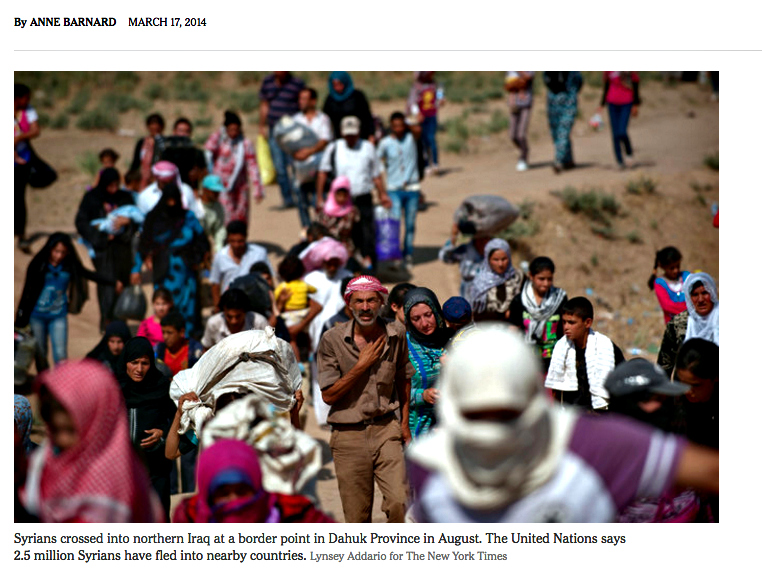 Akila Radhakrishnan, Legal Director of the Global Justice Center, responds to an article in the New York Times, “Three Years of Strife and Cruelty Put Syria in Free Fall” that describes three years of conflict without mentioning the use of rape as a weapon of war.

Letter to the NY Times Editor, Abortions for Rape Victims, May 2015 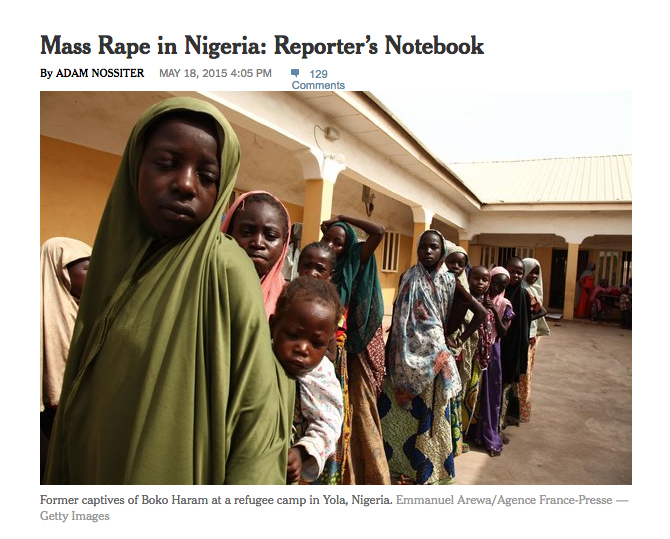 Janet Benshoof, GJC President, responds to an article in the NY Times, "Former Captives in Nigeria Tell of Mass Rapes"that describes the consequences for women in Nigeria raped by Boko Haram without mentioning their right to access to abortion. 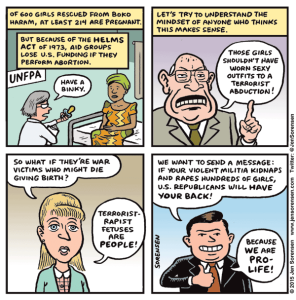 On May 26, 2015 political cartoonist Jen Sorensen posted a caricature of the United States’ abortion policy in relation to the 600 Nigerian girls who were rescued from Boko Haram, an estimated 214 of whom had been raped and impregnated by the militants.  Sorensen calls the United States’ abortion policy “utterly retrograde” and cites GJC’s work of urging President Obama to end the abortion ban, as it is imperative that “the UN Population Fund can do its job.” 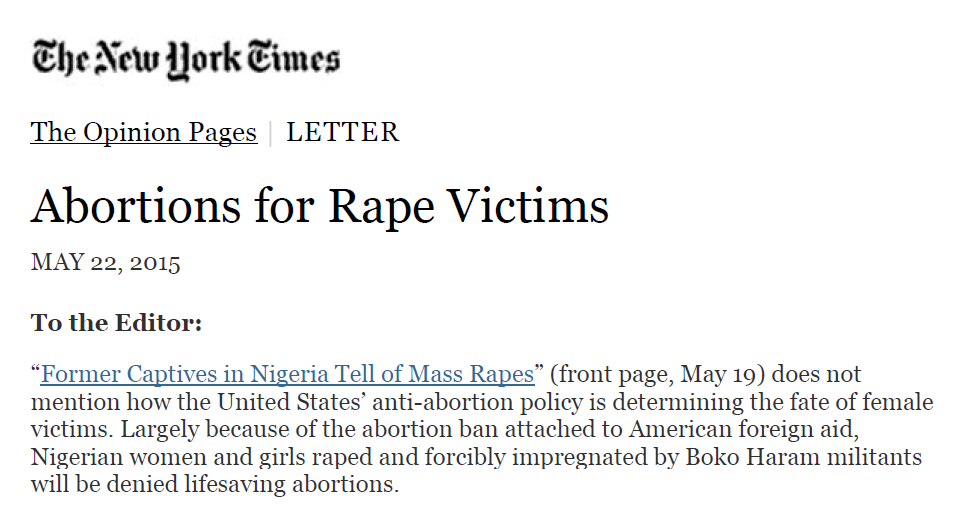 Check out a letter to the Editor by Janet Benshoof, Founder and President of GJC, in which she critiques the "Former Captives in Nigeria Tell of Mass Rapes" article that neglects to mention the US anti-abortion policy that influnces the healthcare that victims recieve.