An upcoming report to the UN Security Council from Secretary General Ban-Ki moon is expected to recommend access to abortion services for pregnancies resulting from rape during conflict, according to the Global Justice Center in New York.

The Security Council resolution was a milestone because every other treaty and agreement under international human rights law refers to the rape problem only obliquely, if at all. And as a result, ‘despite the endemic use of rape as a weapon, no state has ever been held accountable for the use of rape as a prohibited weapon of war,’ the Global Justice Center (GJC), an American human rights group, reported. The GJC added that global indexes of wartime injuries and deaths never mention rapes, even though not infrequently military gang rapes end up injuring or killing the victims.

Check out an article by Akila Radhakrishnan, Vice President and Legal Director of GJC, about the harsh reality of women who are victims of war rape and the lack of adquate healthcare and protection for these women.

UK Must Take a Stand for Rape Victims 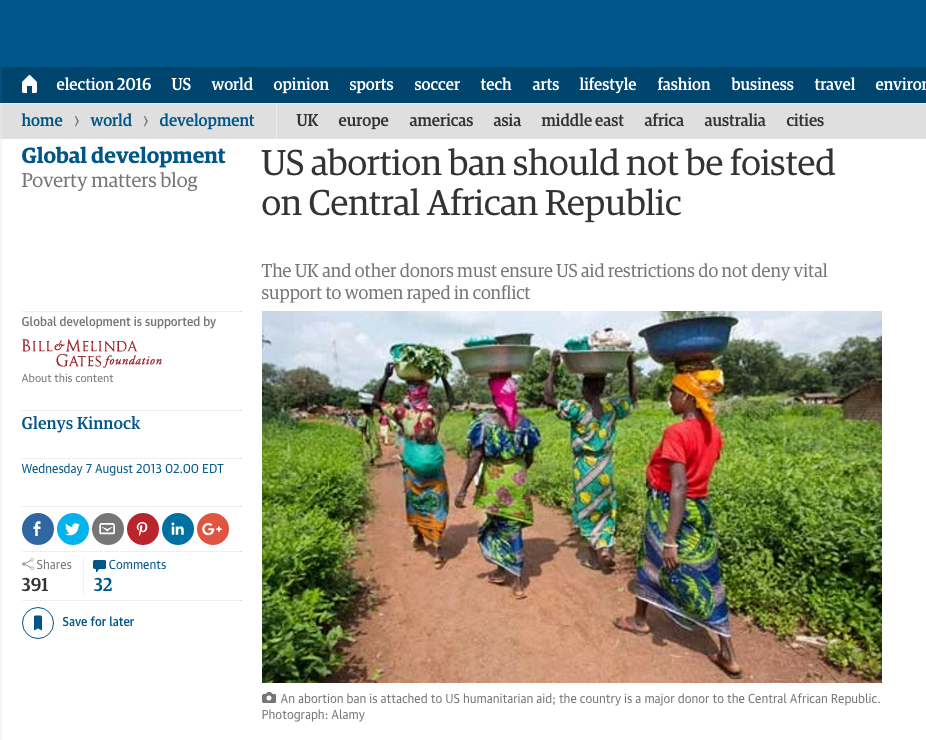 Glenys Kinnock explains in The Guardian how US humanitarian aid restrictions are negatively affecting women in the Central African Republic.

This article describes the ways in which Janet Benshoof, GJC President and Founder, challenges abortion restrictions in the US.