Sarah Morison, an attorney at the Global Justice Center, is the author of "U.S. Abortion Restrictions on Humanitarian Aid Violate Geneva Convention: Campaign Underway to Petition President Obama" for Our Bodies Our Selves Blog. Her article exaplains the ways in which the US government violates international law by restricting abortion access.

Women's health advocates are disillusioned with the lack of effort the Obama Administration has made in addressing reproductive rights for women around the world. Michelle Goldberg details the work of these advocates and the frustration they are experiencing with the Administration in a recent article published in Conscience Magazine. Since 1973, with the passage of the Helms and later Siljander Amendments, prohibitive US policies have prevented access to reproductive healthcare for women around the globe. Fortunately, the GJC sees a new and unique opportunity for the current Administration to overturn the policies that prohibit access to abortion for girls and women raped in armed conflict.

Both the Helms and Siljander Amendments leave room for interpretation, and as Goldberg notes, "American aid programs needn't interpret [those Amendments] as narrowly as they do." Barbara Crane, Vice President of Ipas points out that a precedent does exists for exceptions in the cases of rape, incest and to save a woman's life. Until now, the US has refused to provide abortion care, even for women and girls impregnated as a result of rape. As enumerated by the Global Justice Center in a legal brief released earlier this year, it is a violation of the rights of girls and women in conflict to deprive them of adequate medical services under the Geneva Conventions. These detrimental US restrictions must be overturned as they further victimize those most in need of protection and complete healthcare; girls and women raped and impregnated in armed conflict.

The international reproductive community had high hopes when the President decided to overturn the Global Gag Rule three days into office; however it only removed restrictions placed on foreign NGOs receiving US funding from engaging in any abortion related activities using their own private funds. Real impact can be made by repealing the Helms Amendment, which will remove censorship on the $49 billion dollars in foreign aid distributed by the US. While many feel as though the chance has been lost, especially with Republican control of the House, and recent attempts to drastically reduce funding for family planning, an executive order would immediately ensure that US funds provide care to the women and girls that need it the most.

All At Sea: USAID Under Obama 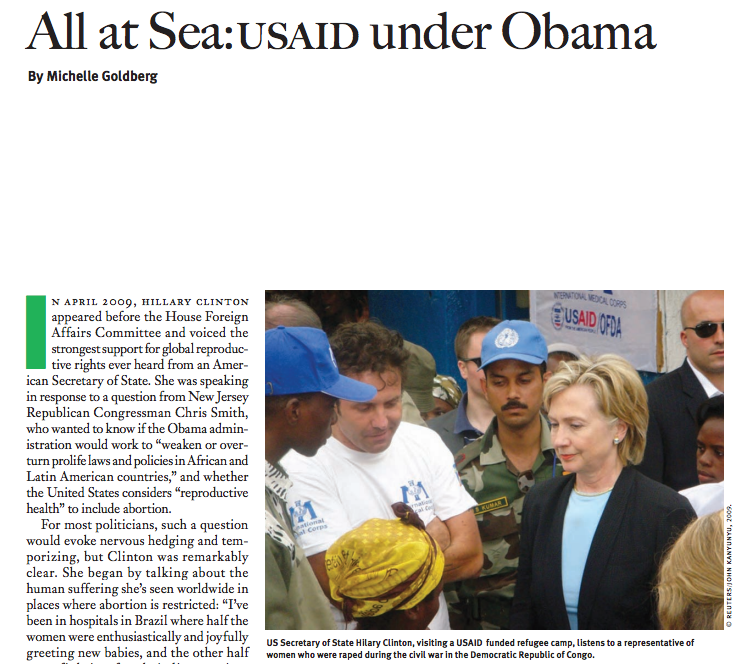 Conscious Magazine publishes Michelle Goldberg's article "All at Sea: USAID under Obama," on the US Helms Amendment. 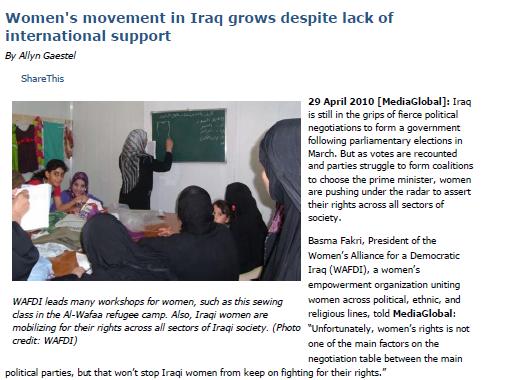